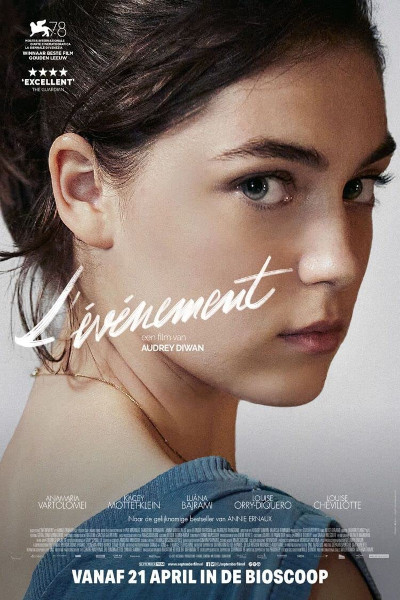 Happening won the Golden Lion for Best Film at the 2021 Venice Film Festival. While it takes place 60 years ago, its story is very relevant today. In 1963, 23-year-old Annie Ernaux became pregnant. It was 12 years before abortion was legalized in France and two decades after abortion was punishable by death under the Vichy regime. Her desperate attempts to abort nearly killed her. Forty years later, she wrote her story in a memoir called Happening. This film commits Ernaux’s story to screen. Anne Duchesne (Anamaria Vartolomei) is in her early 20s and studying for her university exams when she becomes pregnant after a fling. She’s a very good student and is considering becoming a teacher, and is absolutely not in a place where she can deal with pregnancy or a child, nor does she want her professional ambitions derailed. The film structures itself by week as Anne counts down her days until it’s too late to get an abortion. This provides an easy yet effective tracking of time—as Anne grows increasingly desperate for a solution, the tension becomes palpable. Happening shows the choices women faced when a harsh prison sentence loomed over those dealing with an unplanned pregnancy – and doctors and friends/enablers, too. Heartfelt, heartbreaking, heart-wrenching, Happening never pulls punches and is both powerful and in this moment, necessary. In French with English subtitles. (Runtime 1:40)