The Case Of The Vanishing Gods 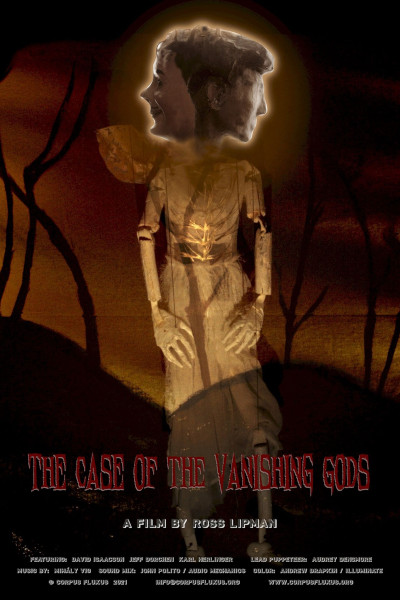 THE CASE OF THE VANISHING GODS is an eclectic documentary / fiction hybrid on the history of ventriloquism, from the prophetic tradition to the present day, as seen in clips from classic and not-so-classic works of cinema.

Disguised as an episode of a sci-fi television series, joining live actors with vintage and artist-made puppets, it traces the phenomenon of hearing voices from the oracles of ancient Greece to the bloody spectacle of the modern horror film.

At the heart of its eccentric journey is an amnesiac ventriloquist figure whose lost memories comprise a cultural history of our unconscious minds.

Featuring a hallucinatory kaleidoscope of film clips, it expands the possibility of archival documentary and pushes the essay film into exciting new territory.

The Case Of The Vanishing Gods