Part of the Albertine Cinémathéque Festival 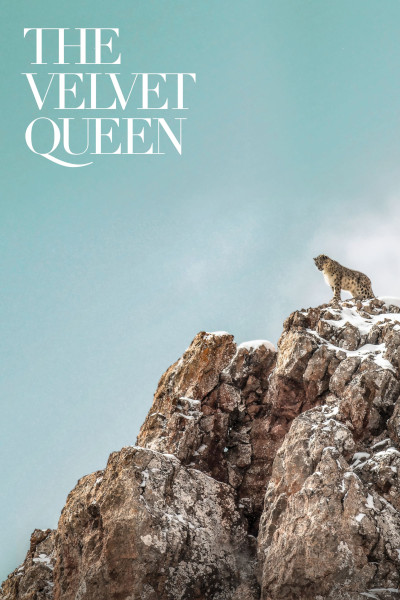 Marie Amiguet and Vincent Munier’s “The Velvet Queen” is a calming, meditative experience. You can feel the chill in the air when you’re watching it, and it often achieves a hypnotic tone, thanks in no small part to a gorgeous score from the two geniuses Nick Cave and Warren Ellis, who find the perfect compositions for a project that reaches for something greater than a typical nature documentary. “The Velvet Queen” is at its strongest when it allows for silence on this gorgeous landscape, using only its mesmerizing score to elevate the imagery into something poetic about the beauty of mother nature.

“The Velvet Queen” unfolds in a mountainous, seemingly inhospitable part of the world, on the peaks of Tibet. Here, photographer (and co-director) Munier and his pal Sylvain Tesson (a famous author who wrote a successful book about the events of this film titled The Art of Patience – Seeking the Snow Leopard) spend their days seeking wildlife that’s often unseen by human eye. Munier hunts animals in this part of the world but only to shoot them with a camera, never a gun. He has a deep, almost religious view of the natural world, and it’s made him a household name in his field, leading to the award for BBC Wildlife Photographer of the Year three years in a row.

Munier narrates this journey through soundbites and conversation with Tesson. The joy he expresses over finding recent bear feces is downright inspiring. Especially as the world seems to be collapsing again, it’s comforting to see someone so thrilled by something that’s not man-made. His buddy Tesson even points out that what he’s doing—hunting wild animals—is about as old the human species itself. As they spot falcons on a cliff face that practically camouflage themselves into it or antelopes fleeing an as-yet-unseen predator, Munier and Tesson display not only a deep intelligence but respect for what they’re seeing.