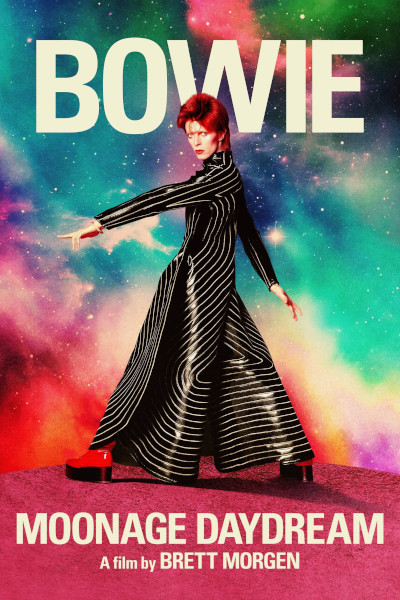 Late in Brett Morgen’s riveting “Moonage Daydream,” David Bowie speaks of his belief that people are constantly taking fragments of the life around them to create their own existence—art, politics, family, etc. This fragmentation clearly influenced Bowie’s approach in not just music but how he moved through the world, and it’s also the operating model for Morgen’s film, a movie that defies the traditional “music bio-doc” structure by valuing experience over information. Bowie’s choices as a musician and icon often defied simple explanation, and so why make a movie that tries to do put him in an impossible box? Why do the traditional thing of getting interview subjects who knew him or loved him to try and explain his importance to the 20th century? Instead, Morgen relies on image, music, and editing to produce something that doesn’t bother to explain Bowie as much as channel his energy into a new form. It’s an insanely ambitious movie. It shouldn’t work. It feels like a minor miracle that it does. — Brian Tallerico, rogerebert.com