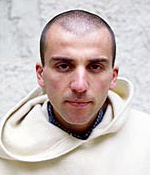 You might presume that an almost-three-hour, non-narrative documentary about the daily lives of brothers in a remote French monastery would have a limited appeal. Yet Into Great Silence's success with audiences -- it was a surprise hit in Germany and Italy -- suggests it's not hard to appreciate the film's gentle pace, mesmerizing imagery and subtle but rich panoply of sounds, as well as its insights about the human drive to lose the trappings of the world and assume a godlier disposition.

German filmmaker Philip Gröning waited 13 years to get permission to shoot inside the Grande Chartreuse, home to the Carthusians, one of the Roman Catholic Church's strictest orders. Gröning lets scenes of work and worship unfold in silence. Concepts of time slip away, as if the film were taking place in a perpetual present. Though a few signifiers of modernity are visible, this way of life has gone unchanged for centuries.

Through the repetition of sights, sounds, actions and intertitles featuring particular biblical quotes ("Lord, you have seduced me, and I have been seduced," Jeremiah 20:7), Gröning gradually conveys an acute sense of what it means to become more like God. The monks' dedication is particularly impressive to those of us who try to take the shortcut to transcendence. (J. Anderson, EYE WEEKLY)