Leaves you awash in emotion 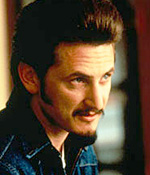 The prison chaplin warns Sister Helen Prejean she should not expect the impending execution of a convicted killer to be like "a James Cagney movie." He has a point.

Cagney, you will recall, bristled with indignation as he walked to the electric chair in one of his most memorable performances. By contrast what makes Tim Robbins' "Dead Man Walking" such a riveting, profoundly moving experience is its unflinching realism.

Hollywood has traditionally made heroes out of bad guys but that does not happen here. Matthew Poncelet, the Death Row inmate in this particular case, displays Cagney's defiantly unrepentent attitude at first. But he soon confesses that he's scared.

Using Sister Helen Prejean's 1993 autobiography as his inspiration, Robbins more than confirms his talent as both a screenwriter and a director. That he would even dare to make a movie about a spiritual journey such as this shows remarkable courage.

And to his credit, Robbins presents a carefully balanced view of capital punishment, revealing the true complexity of this highly emotional issue.

"Dead Man Walking" demonstrates the power of love in a way that's absolutely unforgettable, making it easily one of the best movies of the year. (K. Carroll, Film Scouts Review)

Tonight's film is being shown in anticipation of C.U. Opera's presentations at Macky on October 26, 27, and 28 (for more information, visit cuconcerts.org). This free screening has been made possible by the Film Studies Program and the Center for Humanities and the Arts.