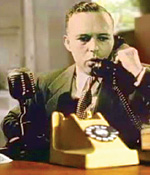 A selection of short films screened at the most recent Sundance Film Festival.