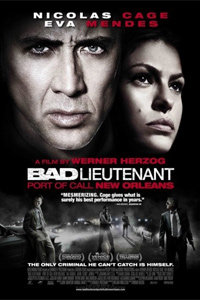 After severely injured while saving a prisoner from drowning in the immediate aftermath of Hurricane Katrina, homicide detective Terence McDonagh is promoted to lieutenant and returned to active duty. A year later, he is addicted to both Vicodin and cocaine, but his responsibilities to the force continue and when a family of African immigrants is found massacred, Terence is handed the case by his superiors.