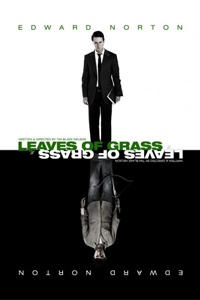 Bill Kincaid, an Ivy League classics professor, returns to rural Oklahoma to bury his dangerously brilliant identical twin brother, only to discover that the brother he believes to have been murdered has lured him home to involve him in a doomed plot against a local drug lord. Before Bill can flee, he's implicated in a murder, and his life has become completely unraveled, suggesting that no rational philosophy can protect us from life's twists and dangers.