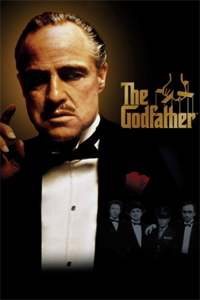 The Godfather is a jewel that still glows across time – and in the dark. Gordon Willis's cinematography, considered revolutionary at the time, plunged its characters into pools of semi-darkness. Studio executives – always the last ones to get it – howled in the screening rooms. But in this saga of an Italian-American family's bid for power, we were watching the American Dream operating in the darkest shadows.

Luckily, America saw the light. The movie, released in March 1972 and directed by an unknown eccentric called Francis Ford Coppola, was a smash hit – the first film to top $100 million in its initial release. It won three Academy Awards (for Best Picture, Best Actor and Best Screenplay Adaptation). It lit a fire under the careers of Al Pacino, Robert Duvall, James Caan, Diane Keaton and Talia Shire. It entered the pantheon of American cinema; and it has informed virtually every crime movie in the last quarter century, from "Scarface" to "Donnie Brasco."

In the story, which Mario Puzo and Coppola adapted from Puzo's novel, Don Vito Corleone (Marlon Brando) presides over a tight-knit clan which includes his hotheaded eldest son, Sonny (James Caan), his adopted son and family advisor, Tom Hagen (Duvall), and youngest son, Michael (Pacino), the apple of his father's eye who has – thus far – been kept out of the family business.

That business happens to be prostitution, protection rackets and gambling. In a constant struggle for power among New York's rival gangster families, Don Corleone rules with Machiavellian grace.

When adversaries refuse his wishes, he "makes them an offer they can't refuse." The procedure is simple: His goons point a gun against the head of anyone who needs persuasion. But Don Corleone is also a benevolent figure who – in this morally relative underworld – rights the wrongs of his friends and relatives.

Into this world comes Michael, the returning war hero (the year is 1946), who finally agrees to take his father's mantle and run the family. His ascension is the stuff of American cinematic myth. Standing before his father, who lies in a hospital bed after barely surviving an attempt on his life, Michael kisses Don Corleone's hand and whispers, "I'm with you now."

Coppola, then in his thirties, reluctantly heeded the advice of his friend George Lucas to make this picture. To him, this was a commercially unpalatable project that had nothing to do with his personal ambition: to change the way Hollywood made movies.

How wrong he was. There are volumes that could be written – and have been – about the movie's uniformly powerful performances; its precedent-setting editing by William Reynolds and Peter Zinner; Nino Rota's haunting score; and Dean Tavoularis's evocative set design. But Coppola must get most of the credit.

With Puzo, he forged an epic tragedy about America, capitalism, family, greed, treachery and love. He showed us – with almost Shakespearean gravitas – the errors of hasty vengeance and the wisdom of assured leadership. He gave us a great American picture, full of incredible images and lasting moments. There are too many to choose from, but I leave you with two here: When Michael – hearing about the assault on his father – scrambles into a telephone booth to call the family, his girlfriend (Diane Keaton) waits outside in the cold. It's clear that she's literally being kept out of the picture. Much later, when a door is closed between her and her husband – as he conducts family business – this estrangement is not only reconfirmed, it sets us up for "The Godfather, Part II," a movie that achieved the impossible: to equal its predecessor.