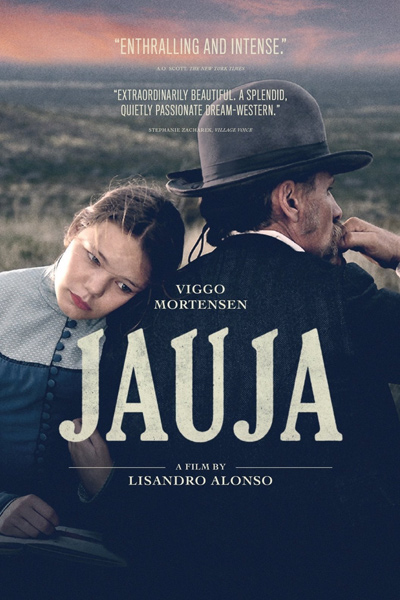 Viggo Mortensen portrays 19th-century Danish captain Gunnar Dinesen, who is leading an undefined expedition into the forbidding Patagonian desert with his beautiful young daughter in tow. When the girl flees camp with a handsome soldier, he mounts a one-man posse to recover her as a mysterious Colonel Kurtz–like figure wreaks bloody havoc across the countryside. The film’s opening scroll identifies the titular “Land of Plenty” as a mythical earthly paradise that leads all who try to find it to become irretrievably lost, a good indication of where things might be heading. Like Dinesen himself, you’ll probably feel a little lost by film’s end, but the haunting images of Jauja will likely not leave you any time soon.