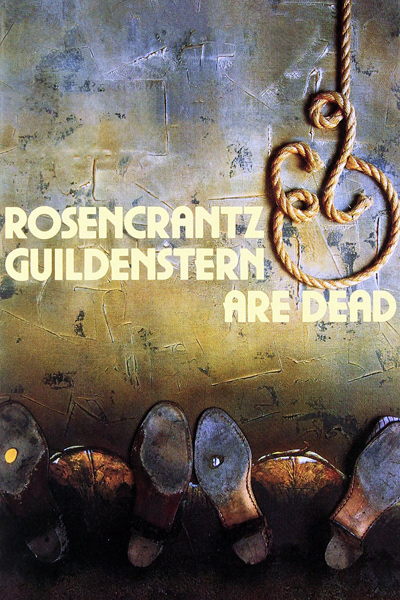 Rosencrantz and Guildenstern Are Dead set the theater world abuzz in 1967. Now English playwright Tom Stoppard, who wrote it, directs this screen version. This morality tale centers around two born losers who play minor roles in Shakespeare's Hamlet. They are summoned to Elsinore to cheer up the Prince who has been obsessing about the murder of his father. These two outsiders are baffled by Hamlet's antics and confused about their mission. To make matters worse, Richard Dreyfuss as the Chief Player in a scruffy band of traveling actors, constantly keeps them off balance with his quips about the uncertainty of life and the absurdity of death. Despite all their snappy vaudeville-style patter, Rosencrantz and Guildenstern have very few whimsical remarks left when they find that the sealed note they are carrying to England's King is their own death warrant.

Gary Oldman's Rosencrantz is amusingly slow-witted and childlike whereas Tim Roth's Guildenstern comes across as wiser and quicker. It is he who notes near the end, "There must have been a point somewhere at the beginning when we could have said no. But somehow we missed it." How true of most of us. We do not act and find ourselves at the mercy of events. This high-spirited screen version of Rosencrantz and Guildenstern Are Dead compels us to consider the fear and fate and folly in our own lives.