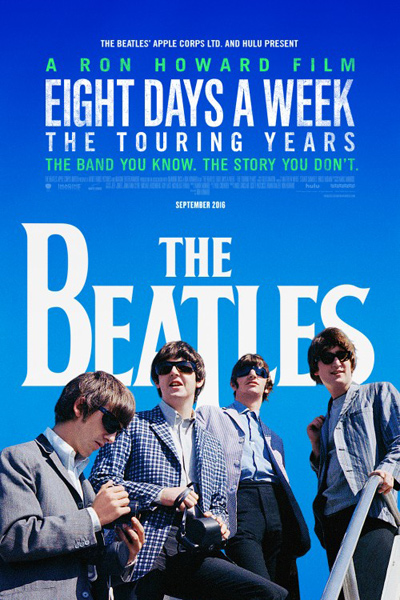 Sure, they were great, but it’s possible to get too much of the Beatles, isn’t it?

Ron Howard’s new documentary, “The Beatles: Eight Days a Week — The Touring Years,” is 90 percent familiar and a bit hagiographic as well, but just try watching it without smiling.

That, at least, is likely to be your reaction if you were alive during Beatlemania. A trickier question is whether the film will enthrall or just bore the audiences Mr. Howard has said he is particularly interested in — millennials and whatever other generations weren’t yet born when John, Paul, George and Ringo took the world by storm. If these viewers can get past their “enough already with the ’60s” gag reflex, they too will surely warm to this study of full-force fame.

The film concentrates on the years through August 1966, when the Beatles stopped touring after a run that left thousands of screaming fans with sore throats. It’s a period that has already received a fair amount of attention lately, with the 50th anniversary of singular moments like the group’s first visit to the United States in 1964 and its Shea Stadium concert in 1965. Mr. Howard has some rarely seen or heard material in the film, but unless you’re a scholar, it’s hard to tell what it is, so familiar is the overall tale.

But he effectively conveys just how insane these years were. The Beatles weren’t the first to make women scream and faint — dial up footage of Frank Sinatra or Elvis Presley at his peak — but the pace and scale astonish even today. Paul McCartney and Ringo Starr, the surviving Beatles, provide fresh interviews, and John Lennon and George Harrison are heard in clips, all of them reflecting on what it was like to ride the beast.

The film is a project of Apple Corps, the Beatles’ company, so don’t expect a warts-and-all portrait — in this telling, the band members never misbehaved significantly or had creative differences. The way to watch is to ignore the image burnishing and just feel the moment