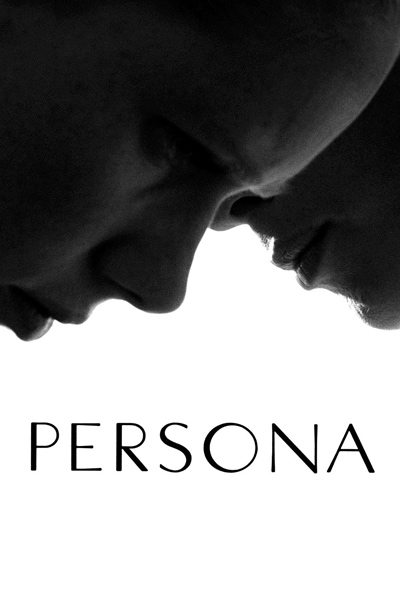 Shakespeare used six words to pose the essential human choice: "To be, or not to be?" Elizabeth, a character in Ingmar Bergman's "Persona," uses two to answer it: "No, don't!" She is an actress who one night stopped speaking in the middle of the performance, and has been silent ever since. Now her nurse, Alma, has in a fit of rage started to throw a pot of boiling water at her. "No, don't!" translates as: I do not want to feel pain, I do not want to be scarred, I do not want to die. She wants . . . to be. She admits . . . she exists.

"Persona" (1966) is a film we return to over the years, for the beauty of its images and because we hope to understand its mysteries. It is apparently not a difficult film: Everything that happens is perfectly clear, and even the dream sequences are clear--as dreams. But it suggests buried truths, and we despair of finding them. "Persona" was one of the first movies I reviewed, in 1967. I did not think I understood it. A third of a century later I know most of what I am ever likely to know about films, and I think I understand that the best approach to "Persona" is a literal one.

The most real objective experiences in the film are the cut foot and the threat of boiling water, which by "breaking" the film show how everything else is made of thought (or art). The most real experience Alma has ever had is her orgasm on the beach. Elizabeth's pain and Alma's ecstasy were able to break through the reveries of their lives. Most of what we think of as "ourselves" is not direct experience of the world, but a mental broadcast made of ideas, memories, media input, other people, jobs, roles, duties, lusts, hopes, fears. Elizabeth chooses to be who she is' Alma is not strong enough to choose not to be Elizabeth. The title is the key. "Persona." Singular.