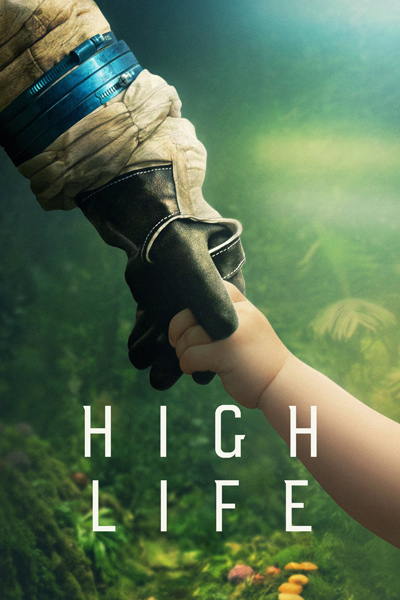 When a major director works in English for the first time, this often entails a move towards increased accessibility. With the shift of language come market considerations that can lead to a softening of the rough edges and tough questions found in earlier, more frugally resourced films destined for smaller audiences.

Listen to the loud buzz around Claire Denis’s High Life and it would be easy to assume it is another example to fit this sorry template: sex and violence in outer space, starring Twilight’s Robert Pattinson. Yet Denis has never been one to follow established patterns. Uncompromising and enigmatic, High Life relinquishes nothing of the philosophical and visual force, the difficulty and seductiveness, that have made Denis’s films among the most compelling of contemporary cinema.

As High Life unfolds in flashback, we learn that Monte and other crew members are inmates, many on death row, recruited for a flight they don’t know will be one-way. The ship is a carceral space in which habitual protections (eg from forced insemination) and permissions (eg consensual sex) have been withdrawn. All its passengers broke the social contract in their lives on Earth; now they are subject to a druggy confinement that throws the relationship between rule and desire into diagrammatic relief. Like the director’s 1999 film Beau Travail, High Life underlines the corrosive brutality of authority – but Denis is no individualist anarchist. Rather, shuttling between fleshy concreteness and allegorical abstraction, she weighs how laws at once bruise and shelter, how the exercise of one person’s freedom may be another’s harm.

Early on, Pattinson’s character Monte explains the concept of taboo to his infant daughter Willow. They are alone on a spaceship, the only survivors of a mission beyond the solar system to capture energy from black holes. “Don’t drink your own piss, Willow. Don’t eat your own shit. Even if it’s recycled and even if it doesn’t look like piss or shit any more. It’s called a taboo,” he says. Monte repeats the word again and again, draining its meaning as it becomes baby talk to amuse the child. He then returns to his lesson: “At least it is for me, but not for you.” Earthly restraints are loosening.

In this film of bodies and power, Denis probes the force of prohibition and the inevitability of transgression. High Life is a thought experiment: what happens when the rules that govern life are suspended or breached? When are these rules necessary safeguards for collective existence and when are they cruel infractions of personal freedom? Who gets to decide? Taboos seek to protect the body politic, but they also exert a regulatory force. Their refusal can yield to emancipation, but equally to exclusion and punishment.

It is often said that science fiction speaks of the future only to interrogate the present. Many films of the genre recruit temporal displacement in order to assess what is so immediately in front of us so as to escape analysis. But once again, Denis is not most filmmakers. High Life is less a view askew on the present than it is a film of primal impulses and archaic crimes, brimming with existential dread. Like Tarkovsky, whom she has named as an important touchstone, Denis uses the voids and enclosures of her setting to approach the largest questions of care, obedience and relationality. In a palette of blue and gold, with daylight forever relinquished, High Life discards the particularities of history to explore the eternal problem of living together.

Yet if there is a reflection on our present to be found here, it is perhaps in the film’s insistence that the future doesn’t come cheap. Futurity figures in High Life’s obsession with biological reproduction and in the requirement for the ship to file a report every 24 hours to continue functioning. Both processes are corrupted: the filicidal Dr Dibs (Juliette Binoche) harvests sperm and forcibly inseminates the crew’s captive women, and when things go wrong, the reports are falsified. High Life’s dystopianism asks us just how far we are willing to go – just how many crimes we are willing to commit – to ensure any kind of continued existence.

Over the film’s title card, the corpses of the crew members sink through the silent expanse of the cosmos, leaving Monte and Willow alone to live in an uninterrupted dyad. When a temporal ellipsis brings the narrative forwards some 15 years and Willow appears as a young woman, the possibility of continuing life comes face-to-face with incest, the most fundamental prohibition of all. Denis courts this taboo, neither definitively breaking it nor exactly abiding by it. She exercises no moral judgement, instead offering a spectacular conclusion open to multiple interpretations.

A garden exists aboard the ship to produce food and, presumably, oxygen; it is a token of a lost nature. In images that bookend the film, it is overgrown, glistening with a dewy voluptuousness that is more-than-real. High Life knows that there can be no return to Eden, that the state of nature is marked by violence. But it asks us to consider the passion – and the terror – of crossing the event horizon to cast off the laws that bind us and live another day. Would this black hole be paradise or hell?