First Person Cinema is the longest running university program in the world screening avant-garde film and video work. It was started in 1955 by Carla Selby and Gladney Oakley under the name The Experimental Cinema Group, and was later carried forward by Bruce Conner and Stan Brakhage, a Distinguished Professor of Film Studies here at CU Boulder until his retirement in 2001. Now called First Person Cinema, with the intention of bringing an awareness of the personal cinema by inviting film artists to Boulder to present their work in person. First Person Cinema has become a highly respected international showcase, until recently programmed by Don Yannacito (years active: 1965-2021). It is now programmed collaboratively by the Moving Image Arts faculty.

Made possible with funds from the Arts and Cultural Enrichment Fee. Free admission. The Grillo awards are designed to encourage excellence in filmmaking and help defray some of the expenses required to pursue a degree in film production. A total of up to $17,000 of Grillo funds is distributed each year to four tiers of production students. Final recipients and individual award amounts will be determined each semester by in-class student votes and a panel of judges made up of CU Cinema Studies faculty and outside professionals. A selection of award-winning films will be shown one night only. The Grillo Awards are drawn from a University of Colorado Foundation fund set up in the early 1990s by Virgil Grillo (1938-1994), the founder and former Director of the CU Cinema Studies Program, whose dedication and vision helped shepherd Cinema Studies from its modest beginnings in the 1970s to an undergraduate program with some 600 students.

Rajee Samarasinghe was born and raised amidst the decades-long civil war in Sri Lanka. He later left for the United States where he is now based. He received his BFA from the University of California San Diego and his MFA from the California Institute of the Arts. Much of his work examines sociopolitical conditions in Sri Lanka through the scope of deconstructing ethnographic practices and the colonial gaze in contemporary media. His practice was born out of a desire to understand the circumstances around his childhood and often navigates the terrain of memory, migration, and impermanence.

Samarasinghe is currently working on his debut feature film, Your Touch Makes Others Invisible, which explores post-civil war Sri Lanka—the project has received support from the Sundance Institute’s Documentary Film Program, Berlinale Talents’ Doc Station, Field of Vision, and True/False Film Festival’s PRISM program. Samarasinghe was also named one of Filmmaker Magazine’s 25 New Faces of Independent Film in 2020. He had solo shows at the Museum of Modern Art (MoMA), the Berwick Film & Media Arts Festival, and the San Diego Underground Film Festival in 2021, and the Los Angeles Filmforum in 2022.

TJ Cuthand was born in Regina, Saskatchewan, Canada in 1978, and grew up in Saskatoon. Since 1995 he has been making short experimental narrative videos and films about sexuality, madness, Queer identity and love, and Indigeneity, which have screened in festivals internationally, including the Tribeca Film Festival in New York City, Mix Brasil Festival of Sexual Diversity in Sao Paolo, ImagineNATIVE in Toronto, Ann Arbour Film Festival, Images in Toronto, Berlinale in Berlin, New York Film Festival, Outfest,and Oberhausen International Short Film Festival. His work has also exhibited at galleries including the Remai in Saskatoon, The National Gallery in Ottawa, the Whitney Museum of American Art in New York, MoMA in New York, and The Walker Art Center in Minneapolis. He completed his Bachelor of Fine Arts majoring in Film and Video at Emily Carr University of Art and Design in 2005, and his Masters of Arts in Media Production at Toronto Metropolitan University in 2015. He has made commissioned work for Urban Shaman and Videopool in Winnipeg, Cinema Politica in Montreal, VIMAF in Vancouver, and Bawaadan Collective in Canada. In 2020 he completed working on a 2D video game called A Bipolar Journey based on his experience learning and dealing with his bipolar disorder. It can be found here. He has also written three feature screenplays and has performed at Live At The End Of The Century in Vancouver, Queer City Cinema’s Performatorium in Regina, and 7a*11d in Toronto. In 2017 he won the Hnatyshyn Foundation’s REVEAL Indigenous Art Award. He is a Whitney Biennial 2019 artist. He has made 32 videos and films and counting. Currently he has a feature film in development. He is a trans man who uses He/Him pronouns. He is of Plains Cree and Scots descent, a member of Little Pine First Nation, and currently resides in Toronto, Canada. 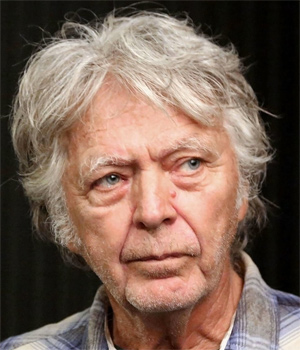 James Benning is an important American formalist avant-garde filmmaker. His lengthy and distinguished career goes back to the early ’70s and includes one-person shows, retrospectives, and screenings at innumerable international festivals and cinematheques. He holds an MFA from the University of Wisconsin and currently teaches at CalArts. Of his work he says: “since I started making films, I’ve always tried to open a new narrative space from the juxtaposition of sound and image, or text and image - how the spectator experiences them, how they quote each other.”

Benning’s use of duration reflects his accord with Henry David Thoreau’s passage from Walden, “No method nor discipline can supersede the necessity of being forever on the alert. What is a course of history, or philosophy, or poetry, no matter how well selected, or the best society, or the most admirable routine of life, compared with the discipline of looking at what is to be seen?”