The Stan Brakhage Film Series will continue to show films by Brakhage on the first Sunday of every month at 7:30pm in Fine Arts N141. All shows are free and open to the public. 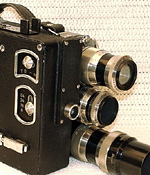 Sponsored by The Performing arts and Cultural Enrichment Fee

The Grillo Awards are designed to encourage excellence in filmmaking and help defray some of the expenses required to pursue a degree in film production.

A total of up to $11,000, combined Goldfarb and Grillo funds, will be distributed each year to four tiers of production students. Final recipients and individual award amounts will be determined each semester by in-class student votes and a panel of judges made up of CU Film Studies faculty. The advanced courses award winning films will be shown this evening. The Grillo Awards are drawn from a University of Colorado Foundation fund set up in the early 90s by the founder and former chair of the CU Film Studies Program, Virgil Grillo (1938-1994), whose dedication and vision helped shepherd Film Studies from its modest beginnings in the 1970s to an undergraduate degree program boasting some 600 majors. Goldfarb awards are given by the Goldfarb Foundation and Peter Goldfarb, President. (Screening made possible by ACE fees.) 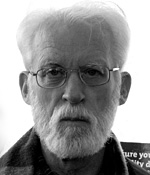 Jon Jost is a 44 year veteran of film and video-making, having worked in 16mm, 35 (Panavision), until 1996, making some 14 features, and 30 shorts in these formats. He then shifted to DV (digital video) in which he’s been working since, and in which format he has finished some 11 feature length works, several hours of short works, along with a one-hour 7-screen installation work. His films show regularly at major festivals (Berlin, Rotterdam, Venice, Yamagata, Jeonju, etc.) and have been accorded retrospectives at MoMA (NYC), the Cinemateca Espanol, Madrid; Cinematheca Portuguese, Lisbon; and many other places throughout Europe and the USA.

He will present a selection of work, including shorts (DHARMA DO AS DHARMA DOES, TANTI AUGURI, A VIEW OF MT BAKER,) a selection from his installation work TRINITY, and the short feature 6 EASY PIECES. All of these emphasize the qualities of digital media and would be characterized by most critics as “experimental.” 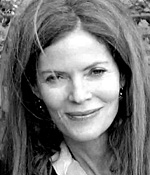 Creation cycle mythology from the Yekuana Indians of the Orinoco region of Venezuela. A transparent look at the poetic process by which human beings construct meaning from their experience. Myths about death, night, sexuality, fire and food. Narrated by Stan Brakhage.

A stream-of-consciousness look at our evolving relationship to the animal world.

A curious woman meets an alluring man with bat wings in this personal recollection of a pivotal journey. This animated film was created from over 4,000 hand-made collages featuring the figures from Eadweard Muybridge’s Human and Animal Locomotion, first published in 1887. 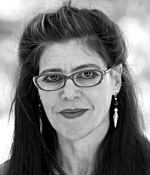 Betzy Bromberg, Director of the Program in Film and Video at California Institute of the Arts, has been making experimental films since 1976. Her newest film, A Darkness Swallowed (2005), premiered at the REDCAT Theater in Los Angeles and was presented in the Frontier Section of the 2006 Sundance Film Festival. Ms. Bromberg’s films have shown extensively in museums, cultural venues and festivals within the United States and abroad, Most notably, her work has been presented at the Museum of Modern Art (New York City), Museum of Fine Arts, Boston, the San Francisco Cinemateque, the Harvard Film Archives (Cambridge), Anthology Film Archives (New York City), the National Film Theater (London), The Vootrum Centrum (Belgium) and the Centro de Cultura Contemporanea de Barcelona (Spain). Previous films have shown at the Rotterdam, London, Edinburgh, Sundance and Vancouver Film Festivals. Ms. Bromberg recently had a retrospective of her films at Film Forum (Los Angeles) and the Cinema Project (Portland).

Previous to her position at California Institute of the Arts, Ms. Bromberg worked in the Hollywood special effects industry for many years as a supervisor and camerawoman for the production of optical effects in major motion pictures. 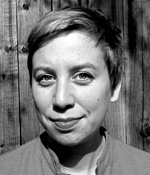 Award-winning animator Laura Heit has an MA in animation from the Royal College of Art in London and a degree in film from the School of the Art Institute of Chicago. Her most recent film, Look for Me, was commissioned by Channel 4 Television in London. She teaches experimental animation at California Institute of the Arts and also works in Puppet theater. You can see her work at lauraheit.com and slinkypics.com.

The Amazing, Mysterious and True Story of Mary Anning and Her Monsters 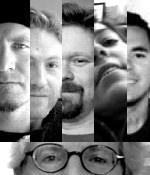 The problematic promise of eliminating “the other” from one’s existence.

Casey McGuire is a sculptor who uses the moving image as a means for discovering issues of the body’s relation to landscape, thus creating eerie and unsettling interactions with her viewers.

A short piece inspired by the mythical carpenter Daedelus and his fallen son that examines the source of life, inspir ation and belly buttons. [Caution: may induce lactation.]

A collaborative performance marking the impending destruction of the Sibell-Wolle Fine Arts building in preparation for the construction of the new fine arts facility during the 2007-8 school year.