Made possible with funds from the Arts and Cultural Enrichment Fee. Free admission. The Grillo Awards are designed to encourage excellence in filmmaking and help defray some of the expenses required to pursue a degree in film production. A total of up to $17,000, combined Goldfarb and Grillo funds is distributed each year to four tiers of production students. Final recipients and individual award amounts will be determined each semester by in-class student votes and a panel of judges made up of CU Film Studies faculty and a Grillo family member.

The award winning films will be shown one night only. The Grillo Awards are drawn from a University of Colorado Foundation fund set up in the early 90�s by the founder and former chair of the CU Film Studies Program, Virgil Grillo (1938-1994), whose dedication and vision helped shepherd Film Studies from its modest beginnings in the 1970�s to an undergraduate degree program boasting some 600 majors. Goldfarb awards are given by the Goldfarb Foundation and Peter Goldfarb, President. Various shorts presented in digital format, full award show is estimated to last 120 mins. 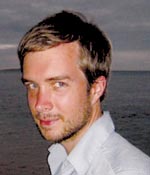 Exploring the poetics of loss and the dangers of mediated experience, my work is, at its core, concerned with the question of how to utilize the manipulative potential of cinema in the creation of progressive thought. While my films contain no characters, dialogue or plot in any traditional sense, I regard them as narratives, played out by the various visual, sonic and textual elements that haunt them. Borrowing the formal skins of structural film, the emotional cues of pop songs and employing a woozy toggling of public and personal memory, my work strives to cultivate new resonances between seemingly disparate elements, harnessing the surface connotations of specific landscapes, television shows, texts, songs and sounds as psychological triggers, ripe for reconfiguration.

You Don't Bring Me Flowers

The General Returns From One Place to Another

And We All Shine On

Chiquitita and the Soft Escape

All Through the Night

Victory over the Sun 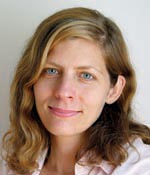 Jacqueline Goss is a versatile media artist who has employed film, video, websites and interactive installations in her arsenal of mediums. For the last several years she has used digital animation to explore the collision and tensions between science, mapping systems and other manmade efforts to order the world-and the unruly and unpredictable nature of life itself.

A native of New Hampshire, she attended Brown University and Rensselaer Polytechnic Institute. She teaches in the Film and Electronic Arts Department at Bard College in the Hudson Valley of New York.

HOW TO FIX THE WORLD 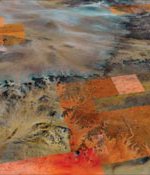 In and Out of Time: A Video Art Symposium

A Special Saturday Event, organized by the CU Art Museum in conjunction with the Film Studies Program, University of Colorado at Boulder. Free and open to the campus and public, a light lunch will be provided.

In and Out of Time: A Video Art Symposium will investigate the cultural, aesthetic, and social aspects of video art as an evolving and significant form of artistic production bringing to campus video artists, curators, and scholars for an all-day symposium.

Symposium participants will include:

Generous funding for the symposium is provided in part by a Roser Visiting Artist Grant with additional support from the Arts and Culture Enrichment Fees (ACE Fees) as well as the CU Art Museum Benefactors Salon and Members. 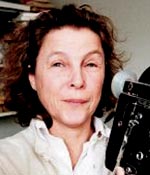 Toronto filmmaker Barbara Sternberg has been making films since the mid-seventies. Her films have been screened widely across Canada as well as internationally at the Pompidou Centre in Paris, Kino Arsenal in Berlin, The Museum of Modern Art and Millennium Workshop in New York, and the Ontario Cinematheque, Toronto.

Sternberg has been active in a number of fronts in Toronto including teaching at York University and working for Canadian Filmmakers� Distribution Centre. She recently organized the �Association for Film Art� (AFFA) to actively support and promote awareness and appreciation of film art. Sternberg wrote a column, �On (experimental) Film� for several years for Cinema Canada, and has written essays on artists and on filmmakers. As well, she has written on the status of film art in galleries and museums-an issue on which she has conducted symposia and lobbied vigorously. Although her main practice is film, Sternberg has worked in other media including performance and installation.