Made possible with funds from the Arts and Cultural Enrichment Fee. Free admission.

Made possible with funds from the Arts and Cultural Enrichment Fee. Free admission. The Grillo/Goldfarb awards are designed to encourage excellence in filmmaking and help defray some of the expenses required to pursue a degree in film production. A total of up to $17,000, combined Goldfarb and Grillo funds is distributed each year to four tiers of production students. Final recipients and individual award amounts will be determined each semester by in-class student votes and a panel of judges made up of CU Film Studies faculty and outside professionals. The award winning films will be shown one night only. The Grillo Awards are drawn from a University of Colorado Foundation fund set up in the early 90�s by the founder and former chair of the CU Film Studies Program, Virgil Grillo (1938-1994), whose dedication and vision helped shepherd Film Studies from its modest beginnings in the 1970�s to an undergraduate degree program boasting some 600 majors. Goldfarb awards are given by the Goldfarb Foundation and Peter Goldfarb, President. 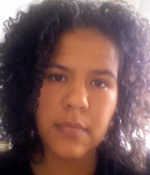 Christina Battle has established herself as a significant artist and arts educator in the Toronto film community since moving there from Edmonton in 2002. Situating itself between the investigation of discursive systems of representation and processes related to material, natural, and technical production, Battle's work is decidedly hands-on. She rigorously combines celluloid handprocessing techniques with a variety of other imaging methods. Battle's tactile, DIY approach to film production finds a powerful accompaniment in the themes she explores: history and counter-memory, ideology and political mythology, gender, and environmental catastrophe. Effectively, the combination of Battle's processes and subject matter is a hand-to-hand artistic engagement with some of our most pressing historical and contemporary issues. - Scott Birdwise, Programmer - The Canadian Film Institute (2008).

Christina Battle is a new Assistant Professor for Film Studies here at the University of Colorado. She has a B.Sc. in Environmental Biology from the University of Alberta and an MFA from the San Francisco Art Institute. Her artworks have exhibited internationally in festivals and galleries including: The Images Festival (Toronto), The London Film Festival (England); The International Film Festival Rotterdam (The Netherlands); YYZ Artists' Outlet (Toronto); White Box (New York); The Foreman Art Gallery at Bishops University (Sherbrooke, QB); The city of Toronto's Nuit Blanche 2006 and in the 2006 Whitney Biennial: 'Day for Night' (New York). 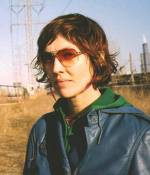 Deborah Stratman is a Chicago-based artist and filmmaker interested in landscapes and systems, which sounds topically vast and unwieldy, and probably is. Her films ply a territory between experimental and documentary forms, often exploring the history, uses, mythologies and control of highly varied locations: from Muslim Xinjiang China to gated suburban California. Her most recent films address wilderness, freedom, manifest destiny and paranormal occurrences in the information age. When not making films, she gets busy building radio towers, working on bumblebee habitats, surveying people about their fears and other singularly divergent investigations. Stratman has exhibited internationally at venues including the Whitney Biennial, MoMA, the Pompidou, Sundance and Rotterdam International Film Festival. She is the recipient of Fulbright and Guggenheim fellowships and she currently teaches at the University of Illinois at Chicago. 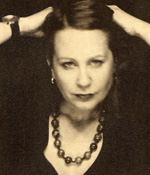 The San Francisco-based filmmaker Kerry Laitala is unquestionably one of the most inventive and original experimental filmmakers on the American scene today. An expert in optical printing, D.I.Y practices, such as photogram and hand processing techniques, she utilizes these processes (among others) to re-shape 'found' materials into 16mm and 35mm handcrafted short films that embody and celebrate the phenomenon of motion pictures that made the early cinema going experience awe-inspiring. Inspired by avant-garde filmmakers like Phil Solomon and Paul Sharits, her work conveys a similar connection to the materials, but with a more unhinged sense of decay, and her works utilize hybrid strategies.

Over the past decade her award winning films have played at venues in the U.S. such as the Whitney in New York and the Andy Warhol Museum in Pittsburgh and at festivals like Sundance, SF International (5 times) and the New York International film festival 'Views from the Avant-Garde' (7 times) as well as several European venues.

Out of the Ether 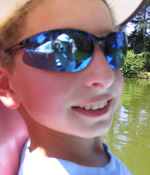 I wouldn't mind passing for the young lad with the spiffy sunglasses, but then you would have a hard time believing I've been making films for as long as I have, and when you actually see me you'd possibly crack up laughing so loud it would ruin the picture show. So then, am I one of the characters on the other side of the water? No, but look at the surface of those terrific sunglasses -- Yes! there I am. The guy behind the camera, and that is where I like to stay � behind, not in front of the camera.

I have a terrific program of works for you. Seriously. Almost all brand new. Urban? Yes. Film Noir? No, though perhaps in a way yes. I am a city creature and basically I work intuitively from within. My approach, if I ever had one, is to try to be alive, responsive, and truthful to the moment and the materials at hand. Sometimes the sensual/kinetic character and potentials of the medium become the spring board for a work, and sometimes its my response to the every day world around me.

Sarah Biagini is a filmmaker preoccupied with the tension of attempting to share a perceptual experience. Her artistic process is rooted in re-photography and hand made film techniques: mixing camera original 16mm with images appropriated from cinema and mass media, she composes intricate frames with multiple images laid over one another, trying to evoke delicate yet articulate associations.

Dawn Hollison uses the moving image for the poetic exploration of narrative structures. Her work draws upon questions about the nature of visual language, while examining themes of allegory, myth, and archetypes.

Marcy Saude utilizes experimental approaches to documentary form and varying degrees of adaptation and appropriation to investigate interactions between landscape and history, memory and representation, and sound and image.

Excerpt from Somewhere West, David Marek's MFA thesis film. Somewhere West is a feature film about a dying man finding solace and understanding through experiencing the American landscape and seeing similarities between its wonders and his own illness.