Made possible with funds from the Arts and Cultural Enrichment Fee. Free admission. The Grillo awards are designed to encourage excellence in filmmaking and help defray some of the expenses required to pursue a degree in film production. A total of up to $17,000 of Grillo funds is distributed each year to four tiers of production students. Final recipients and individual award amounts will be determined each semester by in-class student votes and a panel of judges made up of CU Film Studies faculty and outside professionals. A selection of award winning films will be shown one night only. The Grillo Awards are drawn from a University of Colorado Foundation fund set up in the early 90’s by the founder and former chair of the CU Film Studies Program, Virgil Grillo (1938-1994), whose dedication and vision helped shepherd Film Studies from its modest beginnings in the 1970s to an undergraduate degree program boasting some 600 majors. 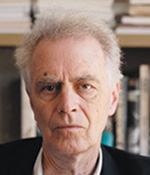 Thom Andersen will present his new 16mm film GET OUT OF THE CAR (2010, 35 min.) along with three recently restored 16mm shorts from the 1960s: MELTING (1965, 6 min.), OLIVIA’S PLACE (1966, 6 min.), and --- ------- (1967, 11 min., with Malcolm Brodwick. “GET OUT OF THE CAR [is] the finest American film of 2010. A loose follow-up to [his 2003 movie] LOS ANGELES PLAYS ITSELF, Andersen’s film, an act of both cartography and art history, moves through the supposed backwaters of Los Angeles via its endless stream of signage. In the process Andersen charts the ways that advertising becomes art (late capitalism decays into the ragged beauty of the palimpsests found on out-of-use billboards) and art becomes advertising (the necessity of grasping the city as a puzzle built of uniquely flavored cultural centers, fit together here through precisely photographed and edited studies of their self-presentation via murals). Andersen’s wit and humor marry his political commitment and his love for the city in a perfect union.”--Phil Coldiron, LA Weekly. 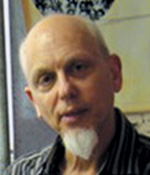 Steve Seid is a moving image curator at the Pacific Film Archive in Berkeley. He is also involved with video preservation, archiving, and writing on topics regarding electronic media. Radical Light, the book, exhibition, and tour, is the most recent large-scale project he has collaborated on. However, he also co-curated the Ant Farm touring exhibition, introduced hitherto-unknown William Wegman works, and wrote the initial history of the National Center for Experiments in Television.

Stories Untold represents a span of 30 years, passing through film and video. The diversity of approaches is very broad with the serious and the comedic intermingling. The satiric, sensual, and striking stories in this program represent some of the ways in which the tale can commingle with the telling to produce oddly original offspring. James Broughton’s allegorical romp features the eponymous enchanted BED as a staging area for life’s cycles. Curt McDowell is not so enchanted with his return home in A VISIT TO INDIANA. Home movies from the heartland play off his droll disappointment. Ever pent-up, George Kuchar’s prodigiously purple A REASON TO LIVE pits meteorological excess against the swelling desires of a man in heat and his numerous love objects. The pressure to perform is at the base of Max Almy’s DEADLINE, a concise yet effects-laden lamentation. EASY LIVING never is in Chip Lord’s horrifically serene look at suburbia, using miniature toys to create a landscape of false tranquility. Scott Stark’s wryly postured I’LL WALK WITH GOD deploys airline emergency information cards to show how stewardesses have unwittingly ascended to a higher spiritual plane. Anne McGuire has the last word with ALL SMILES AND SADNESS, an unfolding soap opera in which its black-and-white characters jabber on in airy cliché until George Kuchar arrives to superheat the atmosphere.

A Visit to Indiana

A Reason to Live

All Smiles and Sadness 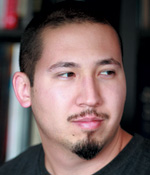 Peter Bo Rappmund’s work meets at the intersection of cartography, photography, and filmmaking. These crafts and languages are employed via music, sound, and video composition in order to construct moving-maps of the American landscape. Works are created that not only illuminate new ways in which to observe the physical forms of environments, but also help in revealing possible metaphysical constitutions as well. PBR was born in Casper, Wyoming, and grew up in Golden, Colorado. He attended the University of Colorado at Boulder, Mills College, and holds graduate degrees in both music composition and film/video from CalArts. His work has screened at a variety of venues, galleries and festivals including: the Museum of Modern Art in New York, Ann Arbor Film Festival, Freewaves, REDCAT, White Box Gallery and the Vancouver, Bangkok, and Hong Kong International Film Festivals. 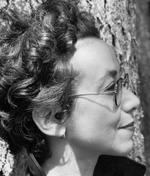 The nature of the images according to Abigail Child. Poet, essayist, filmmaker, Child sees her creations as a curious and particular intersection, often humorous, sometimes alchemical, between sound and image. Sound as noise, but also silence. Words that are interrupted, looped back on themselves. The phone that is (un)made, detourned in images, in constant motion, telling not only the history of cinema, but also other stories. Bodies, fetishes, symbols, icons, relics cinephiles (re)invented and (re-)fitted to new realities and new desires. The assembly as a movement not only metaphorically (the ghostly re-emergence of Griffith on one side and the other Eisenstein), but the images and poetic rhythm while perfectly capable of using structure as a magnifying glass to uncover the lies and injustices of history. Abigail Child is all this and more. Child started her activity as a filmmaker in 1970s, producing independent documentaries, shot on 16mm. From the beginning of the eighties she began to spin and produce IS THIS WHAT YOU WERE BORN FOR?, a large experimental work, which includes several films of varying duration: PREFACES (1981), MUTINY (1983), BOTH (1988), PERILS (1986 ), COVERT ACTION (1984), MAYHEM (1987) and MERCY (1989). In the nineties she ponders public spaces such as in the film B / SIDE (1996) and BELOW THE NEW: A RUSSIAN CHRONICLE (1999). The year zero remains prolific for Child: SURFACE NOISE (2000), DARK DARK (2001), WHERE THE GIRLS ARE (2002), CAKE AND STEAK (2004), THE FUTURE IS BEHIND YOU (2004-05), TO AND NO FRO (2005), MIRROR WORLD (2006). Her documentary ON THE DOWNLOW (2007), a personal perspective on the underground scene, premiered at the Tribeca Film Festival. Her works vary in length: 5 to 72 minutes. Recently Child has installed multiple projections in international galleries; her films and videos continue to receive awards around the world. ...from Cinema Trevi program notes, Roma, November 2010 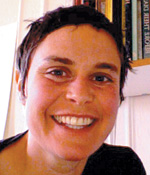 Employing a process of accumulation and excision, Dani Leventhal creates videos and drawings that unearth a curious beauty in the minutiae of everyday life. In 2003 she received an MFA in sculpture from the University of Illinois at Chicago and in 2009 an MFA in film/video from Bard College. She has screened her work at Oberhausen, Rotterdam, Gene Siskel Film Center, CineCycle, and Anthology Film Archives. She showed 54 DAYS THIS WINTER 36 DAYS THIS SPRING FOR 18 MINUTES at PS1 MoMA in the Greater New York 2010 exhibition. In 2011 she got a Captial R award from the Wexner Center for the Arts. She lives and works in Brooklyn, New York.

54 Days This Winter 36 Days This Spring for 18 Minutes

Show & Tell in the Land of Milk & Honey