Made possible with funds from the Arts and Cultural Enrichment Fee. Free admission. The Grillo Awards are designed to encourage excellence in filmmaking and help defray some of the expenses required to pursue a degree in film production. Up to $17,000 of Grillo funds are distributed each year to four tiers of production students. Final recipients and individual award amounts will be determined each semester by in-class student votes and a panel of judges made up of CU Film Studies faculty and outside professionals. A selection of award winning films will be shown one night only. The Grillo Awards are drawn from a University of Colorado Foundation fund set up in the early 90s by the founder and former chair of the CU Film Studies Program, Virgil Grillo (1938-1994), whose dedication and vision helped shepherd Film Studies from its modest beginnings in the 1970s to an undergraduate degree program boasting some 700 film majors. 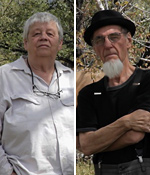 Steina and Woody Vasulka are major figures in video history and technical pioneers who have contributed enormously to the evolution of the medium and continue to be major practitioners of video as art. The Vasulkas' technological investigations into analog and digital processes and their development of electronic imaging tools began in the early 1970s and have placed them among the primary architects of an expressive electronic vocabulary of image-making. Steina was trained as a violinist, and Woody Vasulka's background was engineering and filmmaking. This has informed their invention of electronic devices to transform sound, image, space and time — themes that they have pursued independently in their later works. The Vasulkas immigrated to the United States in 1965, and began their collaborative exploration of electronic media in 1969. In 1971, they co-founded The Kitchen, a major alternative exhibition and media arts center in New York. From 1973 to 1979, the Vasulkas lived and worked in Buffalo, New York, where they were faculty members at the Center for Media Study, State University of New York. 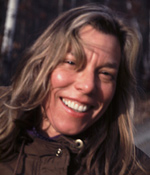 Throughout her three-decade career, Ericka Beckman's playful yet formally demanding films have challenged traditional aesthetics and cultural narration codes. Superimposing the structure and codes of traditional games on the formal lexicon of fairytales, her work is a sharp criticism of acquisition rites in Western societies. Beckman's work has been shown among others at the Metropolitan Museum of Art, Museum of Modern Art, The Whitney Museum of Amercian Art, The Smithsonian's Hirshhorn Museum, and the Walker Art Center, Minneapolis.

Ericka will be presenting her SUPER-8 TRILOGY from the late 70's- early 80's, which has been recently blown up to 16mm by the Film Preservation Fund with, in association with Anthology Film Archives.

She will also be presenting her recent digital experiments on the perception of time and architecture.

Beckman's place in the pantheon of daredevil experimental moviemakers should have been secured in 1983, when YOU THE BETTER, the thirty-five-minute, 16-mm film that followed the SUPER-8 TRILOGY, caused a riot at the New York Film Festival, where it preceded Jean-Luc Godard's PASSION. "I recall that at the time, Godard, perhaps as a defensive maneuver, anointed Beckman as the most talented young American experimentalist." Amy Taubin, 'Fairytales of New York', Artforum.com 4-01-11 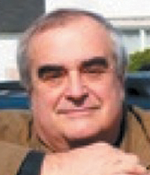 Since 1981, the annual Black Maria Film and Video Festival, an international juried competition and award tour, has been fulfilling its mission to advocate, exhibit and reward cutting edge works from independent film and video makers. With previous Oscar nominated and international award-winning shorts, the festival is widely known for its National Public Exhibition Program, which remains loyal to featuring a variety of bold contemporary works drawn from the annual collection of 50 award winning films and videos. Now in its 31st year, the Black Maria Festival distinguishes itself as a cornerstone for artists to express the inventive, insightful, and uncommon spirit. Festival Director John Columbus will present a program of the 2010 winning shorts, ranging from a variety of narrative, animation, documentary, and experimental. 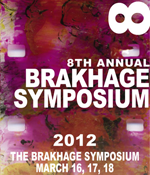 Quickly becoming a tradition in the world of avant-garde filmmaking and artistry, the Stan Brakhage Center Symposium will again be presented at CU-Boulder. "We know what a narrative film is, and what an experimental film is, but what is an experimental narrative? The selection of films and videos presented in this year's symposium will present various ways filmmakers are exploring this terrain." 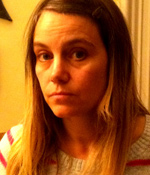 Shannon Plumb's cinematic studies of life's various roles and characters explore the complexities embedded in the ordinary and extraordinary. From the humble persona of a new mother to iconic figures from the silver screen, Plumb portrays these characters with zest and humor. Inspired by the curious spirit of slapstick comedy and the physical humor of silent film legends such as Buster Keaton and Charlie Chaplin, Plumb employs a low-fi aesthetic by using Super-8 film, stationary camera shots, long takes and hand-made props and costumes. Plumb is a one-woman show starring as all characters and acting as the creative force behind her films. The low quality production of the films and her elastic expressiveness as an actress adds to the charm of her work and pushes it beyond its obvious predecessors and influences.Shannon's work has been the subject of solo exhibitions in the U.S. and abroad as well as in group shows at The Brooklyn Museum of Art, Rhode Island School of Design, The National Academy Museum, New York, NY ; Torino Triennial, Torino, Italy; i-Dentity, Fashion and Textile Museum, London, UK and Greater New York 2005, PS1, Long Island City, NY, among others. Her films have been showcased at The Anthology of Film Archives and the IFC in New York City. Shannon's films have also screened in national and international film festivals including 2007 Berlin Film Festival; 2007 Rotterdam Film Festival; Ocularis at 10, Museum of Modern Art, New York; 2006 London Film Festival; Scanners: 2006 New York Video Festival; 59 Festival Internazionale del Film, Locarno Switzerland; 2004 Lyon Film Festival and many more. Shannon Plumb lives and works in Brooklyn. A Compilation Of Short Films. Mostly super 8 transferred to DVD. Approx. 60 minutes 1999-2011 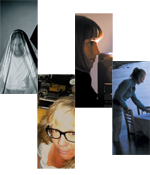 ELIZABETH HENRY Elizabeth has been haunted this year by ghosts: in the machine, in appropriated footage, in emulsions and celluloid and pixels.
She keeps hoping they will someday reveal themselves and offer evidence that there is no Great Divide, after all.

TAYLOR DUNNE Taylor maintains a physical relationship to the moving image. Her films use landscape as a point of departure for investigating residues of invisible historyembedded in human and natural environments. Taylor embraces the medium of film not simply as a means to reproduce the real world, but as a tool for creating the extraordinary.