Most screenings are Mondays at 7:00 pm in the Visual Arts Complex Auditorium 1B20 / admission is $3.00 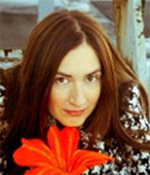 Denis Iris is a media artist whose work defamiliarizes everyday situations to explore the liminal terrain between inner and outer, real and imagined worlds. Blending whimsy and gravitas, it invites viewers to rediscover a layer of experience which is often overlooked in the frantic pace of contemporary life. Iris’s ultra short and modular films use different contexts - mobile screens, live improvised performance, installation - to create dynamic, immersive experiences of heightened presence. Her work has been screened at MoMA, on PBS, and at festivals worldwide, winning a Silver Spire at the San Francisco International Film Festival, the Critics’ Prize at the Dakino International Film Festival, and a Director’s Choice Award at the Black Maria Film and Video Festival. Other venues include the Microscope Gallery, Anthology Film Archives, and the Lumen Festival of New Media and Performance. Raised in communist Romania, Iris earned her BA from Brown University and MFA from Columbia University; she attended the Whitney Independent Study Program. 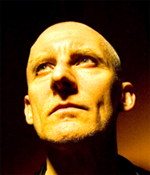 Brooklyn-based, filmmaker and video artist Paweł Wojtasik (b. Łódź, Poland) creates poetic reflections on cultures and ecosystems in the form of short films and large-scale installations. His investigations into the overlooked corners of the environment have led him to pig farms, sewage treatment plants, wrecking yeards and autopsy rooms. Wojtasik received an MFA from Yale University. From 1998 until 2000 he was a resident at Dai Bosatsu Zendo Buddhist monastery. His work has been shown at festivals such as Berlinale, New York Film Festival, and Hong Kong International Film Festival where his Pigs won the grand Prize in the short film category in 2011. Wojtasik was a featured filmmaker in the 2009 Flaherty Film Seminar. His installation work includes the immersive 360° Below Sea level, about post-Katrina New Orleans, recently included in Prospect.2 Biennial; as well as Single Stream, currently at the Museum of the Moving Image in New York. 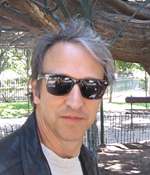 Called “the reigning proponent of cut and paste” by J. Hoberman of the Village Voice, master collagist Lewis Klahr has been making films since 1977. He is known for his uniquely idiosyncratic experimental films and cutout animations which have screened extensively in the United States, Europe, and Asia—in venues such as New York’s Museum of Modern Art, the Whitney Biennial, the New York Film Festival, the Toronoto International Film Fesival, the Hong Kong International Film Festival, the London Film Festival and Los Angeles Film forum. In May of 2010 The Wexner Center for the Arts presented a five program retrospective of Klahr’s films. His film “Wednesday Morning Two A.M.” was awarded a Tiger Award for Best Short Film at the 2010 International Film Festival at Rotterdam. In Film Comment magazine’s recent poll of the top 50 experimental filmmakers from 2000 to 2010, Klahr was ranked fourth. His epic cutout animation “The Pharoh’s Belt” received a special citation for experimental work from the National Society of Film Critics in 1994. Klahr’s feature length film “The Pettifogger” was selected as one of the best films of 2012 by Artforum Magazine. He has also received commissions from European arts organizations such as the Gronnegard Theater in Copenhagen, Denmark (Lulu) and the Rotterdam International Film Festival (Two Minutes to Zero). His work is in the permanent collection of the Museum of Modern Art in New York. Klahr teaches at the California Institute of the Arts. 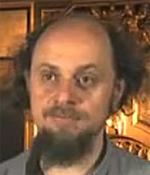 Nicholas Rey has been making films since 1993, productions hovering somewhere between photography, documentaries and experimental films. He spends most of his time at “L’Abominable”, an artist fim lab in La Courneuve he helped found in 1995. His 2012 film anders, Molussien is a film in nine chapters, on nine reels, shown in random order and based on fragments from the novel Gunther Anders wrote between 1932 and 1936: “The Molussian Catacomb”. Prisoners sitting in the pits of an imaginary fascist state, Molussia, transmit one another stories about the outside world like a series of philosophical fables. The Film was shot between 2007 and 2011 on outdated Gevaert 722 and 732 16mm stock, and the processing of the original material and the printing of 16mm at L’Abominable. 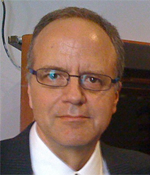 Scott Stark has made over 75 films and videos since the early 1980s, and has created numerous installations, performances and photo-collages. His work has shown nationally and internationally in venues as diverse as New York’s Museum of Modern Art, the San Francisco Cinematheque, the Film Festival Rotterdam, the Tokyo Image Forum, and many others. His 16mm film Angel Beach was invited into the 2002 Whitney Biennial, and in 2007 he received a Guggenheim Fellowship. He lives in Austin, Texas. He is the webmaster for Flicker (www.hi-beam.net), the web resource for experimental film and video, and in 2012 he started an avant garde film series in Austin called Experimental Response Cinema (www.ercatx.org). More information is available at www.scottstark.com.