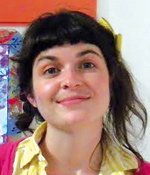 Jodie Mack is an experimental animator who received her MFA in film, video, and new media from The School of the Art Institute of Chicago in 2007 and currently teaches animation at Dartmouth College. Combining the formal techniques and structures of abstract/absolute animation with those of cinematic genres, her handmade films use collage to explore the relationship between graphic cinema and storytelling, the tension between form and meaning. Musical documentary or stroboscopic archive: her films study domestic and recycled materials to illuminate the elements shared between fine-art abstraction and mass-produced graphic design. Questioning the role of decoration in daily life, the works unleash the kinetic energy of overlooked and wasted objects. Mack’s 16mm films have screened at a variety of venues including the Images Festival, Ann Arbor Film Festival, Rotterdam Film Festival, Edinburgh International Film Festival, and Views From the Avant Garde at the New York Film Festival. She has presented solo programs of her work at venues such as the Anthology Film Archives, Los Angeles Filmforum, REDCAT, and the BFI London Film Festival. She has also worked as a curator and administrator with Dartmouth’s EYEWASH: Experimental Films and Videos, Florida Experimental Film and Video Festival, Portland Documentary and Experimental Film Festival, Eye and Ear Clinic, Chicago Underground Film Festival, and The Nightingale. She was a featured artist at the 2011 Flaherty Seminar, and she’s the 2013 recipient of the Marion McMahan Award at the Images Festival 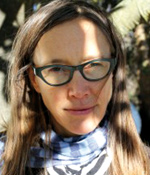 Karen Yasinsky is an artist and filmmaker working with animation and drawing. Her video installations and drawings have been shown in many venues internationally including the Mori Art Musuem, Tokyo; P.S. 1 Contemporary Art, NY; UCLA Hammer Museum, LA;the Wexner Center, Columbus and Kunst Werke, Berlin. Her films and videos have been screened worldwide at various venues and film festivals including Museum of Modern Art, NY, the New York Film Festival’s Views from the Avant Garde, the San Francisco International, Images Festival, Toronto, the International Film Festival Rotterdam and the Ann Arbor Film Festival where she won the Leon Speakers Award for Best Sound Design in 2013. She is the recipient of a Guggenheim Fellowship and is a fellow of the American Academy in Berlin and the American Academy in Rome. She teaches at Johns Hopkins University in Film and Media Studies. Recent films by Karen Yasinsky work with the fragment, both in sound and image, using puppetry, animation, cinematic quotation and suggestions of narrative to trigger emotive positions of discomfort and empathy (Steve Polta). In THE LONELY LIFE OF DEBBY ADAMS (2013), a portrait of a young woman waiting is visited by sounds and suggestive film fragments which conjure the slips of memory and thought, seen and being seen. AFTER HOURS (2013) originated with thoughts on senseless violence and the remove and distance of the foreign observer, both involving a heightened state of agitation or excitement. Both LIFE IS AN OPINION FIRE A FACT (2012) and AUDITION (2012) work with hand-drawn animation to re-present a remembered image in a new structure, addressing the act of creating emotive meaning. Other works used remembered images from Bresson’s AU HASARD BALTHAZAR and Vigo’s L’ATALANTE to isolate and intensify a personal reading of those films. 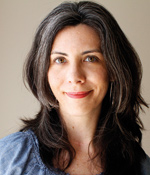 Kelly Sears creates experimental animations that bridge documentary and fictional storytelling, merging the official with the uncanny. She reworks images of Post WW2 America to investigate political narratives of power that include expansionist doctrines, occupation, and surveillance. Her films harness the past as a means to examine earlier histories and address how these legacies merge with our present. Her work has screened at museums, galleries and film festivals such as The Museum of Fine Arts, Houston, The Hammer Museum, LACMA, REDCAT, Machine Project, Light Industry, Sundance, South by Southwest, Ann Arbor and Los Angeles Film Festivals. She is an Assistant Professor in the Film Studies department at the University of Colorado Boulder. Sears will be showing a selection of shorts made from archival film and ephemeral media.

He Hates To Be Second

Voice On The Line

Once It Started It Could Not End Ootherwise 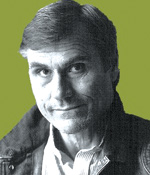 Known principally as a maverick spirit in the world of avant-garde American cinema, Lawrence Jordan played an important role in the late 1950s and early 1960s San Francisco art scene. Jordan has made over fifty experimental films, including a number of fanciful, filmic animations made from collaged cut outs of Victorian engravings. The animations extend dreamlike imagery of collaged landscape into a cinematic realm of transformation and free form symbolism. Jordan seeks to delve into the deep structures and Jungian connotations of the mythological images his films reference. His alchemical approach to imagery creates what he has called the “theater of the mind, which you construct. That is the Underworld… the realm of the imagination. You have to have a place to work with images.”

Man is in Pain

Blue Skies Beyond The Looking Glass

Our Lady of the Sphere 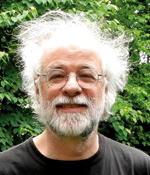 Vincent Grenier is a native of Quebec City, Canada but has been living in the US since the early seventies. Grenier’s experimental films and videos have earned numerous awards and have shown in North America, Europe and China at major museums, showcases and festivals. Over the years his work was the object of retrospectives at various festivals and show cases. One of his videos, TABULA RASA, was screened in the “Best Avant Garde Films & Videos of the Decade” program at the Lincoln Center and his last videos Watercolor earned grand prizes in experimental works at Black Maria and Athens, Ohio, Film Festivals. He received a Guggenheim Foundation Fellowship in 2010. He lives in Ithaca NY and teaches at nearby Binghamton University.