The Student Award Showcase is made possible by funds from the Arts and Cultural Enrichment Fee. Free admission. The Grillo awards are designed to encourage excellence in filmmaking and help defray some of the expenses required to pursue a degree in film production. A total of up to $17,000 of Grillo funds is distributed each year to four tiers of production students. Final recipients and individual award amounts will be determined each semester by in-class student votes and a panel of judges made up of CU Film Studies faculty and outside professionals. A selection of award-winning films will be shown one night only. The Grillo Awards are drawn from a University of Colorado Foundation fund set up in the early ‘90s by the founder and former Director of the CU Film Studies Program, Virgil Grillo (1938-1994), whose dedication and vision helped shepherd Film Studies from its modest beginnings in the 1970s to an undergraduate program with some 600 students. 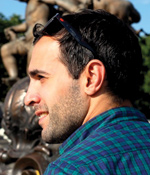 Fern Silva (b. 1982, USA/Portugal) uses film to create a cinematographic language for the hybrid mythologies of globalism. His films consider methods of narrative, ethnographic, and documentary filmmaking as the starting point for structural experimentation. He has created a body of film, video and projection work that has been screened and performed at various festivals, galleries, museums and cinematheques including the Toronto, Berlin, Locarno, Rotterdam, New York, Edinburgh, Hong Kong, and London Film Festivals, Anthology Film Archive, Gene Siskel Film Center, Museum of Art Lima, Cinemateca Boliviana, Brooklyn Academy of Music, Institute of Contemporary Art/Boston, Museum of Contemporary Art/Chicago, MOMA P.S.1 and Cinema Du Reel at the Centre Georges Pompidou. He studied filmmaking at the Massachusetts College of Art and Bard College and is currently based in Brooklyn, NY and Chicago, IL where he teaches at the School of the Art Institute of Chicago.

PERIL OF THE ANTILLES

PASSAGE UPON THE PLUME

IN THE ABSENCE OF LIGHT, DARKNESS PREVAILS 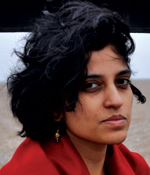 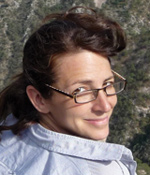 Rebecca Baron is known for her essay films concerned with the construction of history, with a particular interest in still photography and its relationship to the moving image. Her work has screened widely at international film festivals and media venues including documenta 12, New York Film Festival, Anthology Film Archive, Toronto Film Festival, London Film Festival, Pacific Film Archive, Flaherty Film Seminar and the Whitney Museum of American Art. She is the recipient of a 2002 Guggenheim Fellowship and a 2007 Fellowship at the Radcliffe Institute for Advanced Study. In 2010, the Austrian Film Museum presented a retrospective of her work. 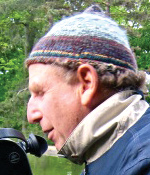 Nathaniel Dorsky has been making films since he was 10 and began shooting in 16mm at the age of 18. Ever since, filmmaking has been his course in life. Dorsky has presented his films in several museums and festivals such as the Museum of Modern Art, Tate Modern and the New York Film Festival. He was a visiting instructor at Princeton University in 2008 and he has been the recipient of many awards including a Guggenheim Fellowship in 1997.  “In film, there are two ways of including human beings. One is depicting them. Another is to create a film form which, in itself, has all the qualities of being human: tenderness, observation, fear, curiosity, the sense of stepping into the world, sudden murky disruptions and undercurrents, expansion, pulling back, contraction, relaxation, sublime revelation.... The montage does not lead to verbal understanding, but is actual and present. The narrative is that which takes place between the viewer and the screen. Silence allows these delicate articulations of vision which are simultaneously poetic and sculptural to be fully experienced.” 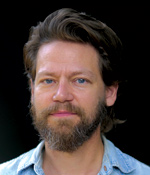 Geoff Marslett is a native Texan who took a circuitous path to filmmaking, studying mathematics, philosophy, art, science and languages at St. John’s College before returning to Texas to pursue an MFA in filmmaking at The University of Texas at Austin. In addition to making films, Geoff taught in the Radio-Television-Film department at The University of Texas at Austin for 15 years. He now teaches at the University of Colorado, Boulder. He is probably best known for directing the two feature films, MARS (2010) and LOVES HER GUN (2013), but he is also a producer of the award-winning documentary YAKONA (2014), the director of a dozen short films including the classic MONKEY VS. ROBOT (2000), and an actor in Josephine Decker’s festival hit THOU WAST MILD AND LOVELY (2014). Geoff was recently named one of the “25 New Faces of Independent Film” by Filmmaker Magazine and received the Board of Regents Outstanding Undergraduate Instructor Award for his teaching at the University of Texas at Austin.

Excerpt from LOVE HER GUN

TEN IS MY FAVORITE NUMBER

PERHAPS I AM HERE