Most screenings are on Mondays at 7:30pm in the Visual Arts Complex Auditorium 1B20 / Admission is $5.00, or one punch on the IFS punch card, and free for students.

The Student Award Showcase is made possible by funds from the Arts and Cultural Enrichment Fee. Free admission. The Grillo awards are designed to encourage excellence in filmmaking and help defray some of the expenses required to pursue a degree in film production. A total of up to $17,000 of Grillo funds is distributed each year to four tiers of production students. Final recipients and individual award amounts will be determined each semester by in-class student votes and a panel of judges made up of CU Film Studies faculty and outside professionals. A selection of award-winning films will be shown one night only. The Grillo Awards are drawn from a University of Colorado Foundation fund set up in the early ‘90s by the founder and former Director of the CU Film Studies Program, Virgil Grillo (1938-1994), whose dedication and vision helped shepherd Film Studies from its modest beginnings in the 1970s to an undergraduate program with some 600 students. 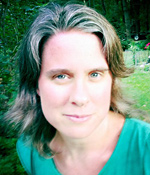 Brooklyn-based Jennifer Reeves has made 20+ films since 1990. Her personal films push the boundaries of film through direct-on-film techniques, first-person cinematography, intricate sound and image montage and optical-printing. Her experimental-narrative films, direct-on-film works, and multiple-projection performances, have screened extensively from the Berlin, Toronto, Sundance, and Hong Kong Film Festivals, to universities, micro-cinemas and museums. Full retrospectives of her films have been held at venues including Era New Horizons Film Festival in Poland, Berlin’s Kino Arsenal, Anthology Film Archives, and San Francisco Cinematheque. In 2012 Reeves was named one of the “Best 50 Filmmakers Under 50” in Cinema Scope. Reeves will show and discuss several short films she made from the late 90s to the present. The films represent the wide range of Reeves’ methods and visceral modes of expression in her 16mm films. COLOR NEUTRAL (2014) is her most recent abstract hand-painted film. HE WALKED AWAY (2006) is the first of Reeves’ multiple-projection films that she made for live music performance. STRAWBERRIES IN THE SUMMERTIME (2013) is an example of Reeves’ hybrid documentary/ fiction/ memoir films that tell personal stories through optically-printed imagery, hand-processing, voice-off and layered collage soundtracks.

We Are Going Home

Trains Are For Dreaming

Strawberries in the Summertime 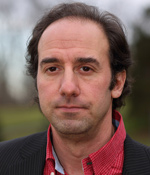 First Person Cinema is excited to host Gregg Biermann, a widely screened film and video artist who has been working since the late '80s. He will be in Boulder to present a survey of work he completed over the last decade. Often working with footage from Hollywood classics like THE WIZARD OF OZ (1939), REAR WINDOW(1954), NORTH BY NORTHWEST (1959), and others, Biermann’s work takes advantage of the possibilities of digital cinema to advance rigorous compositional strategies. Also in this program is The Age of Animals -- an unsettling, and dizzying lament on the end of animal life of planet Earth. “As a whole, Gregg Biermann’s recent work suggests a sense of the overwhelming in a historical moment in which we are disoriented visually, sonically, socially, politically, and even biologically. It reflects and refracts the sense that, even as we attempt to make sense of the contemporary world, it continues to shift, becoming a foreign and unfamiliar territory. In Biermann’s work, as in contemporary life, our landmarks are constantly shifting, forcing us to find new ways of locating ourselves in a spatial and temporal situation that is ever slipping beyond our mind’s grasp.”-- Jaimie Baron. Gregg Biermann is Co-President of the New American Cinema Group/Filmmakers Cooperative in New York and is Professor of Cinema Studies at Bergen Community College in New Jersey and also teaches at NYU Tisch School of the Arts. 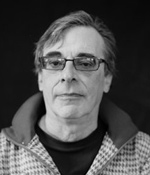 Saul Levine was born in New Haven Connecticut and is a maker and advocate of avant-garde film and more recently video. He is currently a Professor at MassArt where he has taught for over 35 years and programmed the longstanding MassArt Film Society. His work has been screened nationally and worldwide and mostly recently has been honored at the L’ÂGE D’OR FESTIVAL 2015 Brussels and at the (S8) Peripheral Film Festival 2016 Coruña, Spain.

The Big Stick / An Old Reel

Notes After A Long Silence 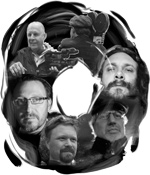 J. Gluckstern’s films have been shown in Korea, Mexico and throughout the United States. He’s received numerous grants, awards and commissions, including a fellowship from the Robert Flaherty Film Seminar in 2006.

Chris Pearce makes animated films investigating the locations of empathy and analysis in personal mark-making. His works combine film and digital media sources with art practices like drawing, painting, and collage. His films have shown nationally at festivals, and most recently at The Maine International Film Festival. He has received grants and awards including an artist residency at the Yaddo artist retreat in Saratoga Springs, NY, in 2015.

Primarily a filmmaker, Andrew Busti has been making “handmade” films for 15 years. Technical advisor of Film Studies at the University of Colorado at Boulder, he is also Instructor for Alternative Process Cinema. Film facilitator, archivist, and preservationist, he runs Analogue Industries Ltd., while also board member of the Non-Profit analogue film collective PROCESS REVERSAL (processreversal.org)

Chris Osborn decided at age twelve he was going to be a filmmaker. After getting locked out of his first location, his crew was arrested recording foley in a quiet back alley. After Chris received his BFA from Emerson College, he worked as a film editor in New York. Tiring of too much money, fine liquor, and inflated egos, Chris switched to documentary work where he only had to deal with one, sometimes two, of the three. Chris stumbled into teaching by being in the wrong place at the right time and discovered the only thing he liked better than editing was talking about editing, loudly. He continues to edit documentary and after completing the edit of his current documentary, he looks forward to returning his energy to talking loudly about whatever crosses his mind.

Roger Carter graduated from the UCLA film school and has since worked in film and video production for over twenty-five years as a producer, director, director of photography and as a business owner of a producers service and grip, lighting, and camera rental company. Broadcast and theatrical projects include ABC’s 20-20, HBO, Showtime, Unsolved Mysteries, Wild America and several TV movies and feature films as second unit DP or additional photography or B-camera. Awards include: Bronze, Silver and Grand Tellies, Cine Golden Eagles, Venice and Salerno Film Festivals, Denver AD Club Grand Alphie and the Angenieux award for Outstanding Cinematogrpahy. Roger has been teaching film and video courses in Colorado for the last ten years.

Born at an early age, Victor Jendras began making movies in the mid '90’s of the twentieth century. He graduated from UCB Boulder in 2005, when the outlook for the economy was poor, and his student loans were large. He therefore entered graduate school deferring payments and emerged in 2007 concurrent with the global financial crisis. With the outlook for the economy poorer and his loans larger, he went directly into the “ED” biz seeking forgiveness -- as it is generally much more likely to receive than permission.

Victor is a moviemaker, writer, actor, and composer (member of ASCAP), who currently works and teaches in CU Boulder’s Film Studies Program. He is currently working on a documentary about the Manual Transmission and a web series loosely based on Larping [sic].

FROM THE ASHES, J. Gluckstern,

The foothills in Boulder County were ravaged by a wildfire over Labor Day weekend 2010. This film provides a glimpse of the damage to sculptor Jerry Wingren’s mountain-top studio and the beginnings of its renewal.

THE ARCHIVE OF THE MOVEMENTS OF INANIMATE OBJECTS, Chris Pearce

There are things you can only see if you are seeing in a certain way. The spirit is one of them. This film traces the realities of a scientist, and his discovery of a new life form.

a series of 9 films investigating subjectivity and language, interpretive modes of coded polyphonic signals, is a cinema for illuminating reflection.

explores travel to and fro east to west during a Winter Solstice Pacific Ocean sunset.

follow in the series of Deictic Signals and symmetrical Binaries. These words are meaningless...

A documentary about the causes of violence in Guatemala.

A collection of clips from a career in cinematography and production.

DAS UNGEZIEFER OR THAT WHICH COMES FROM OUTSIDE THE CIRCLE, Victor Jendras

Was made entirely on Kodak Film Stock with Bolex cameras and Angenieux lenses. While completing his last assignment, an assassin evaluates his conditions and possibilities of life, making an existential investigation, journeying through the dark personifications of fate.