Made possible with funds from the Arts and Cultural Enrichment Fee. Free admission. The Grillo awards are designed to encourage excellence in flmmaking and help defray some of the expenses required to pursue a degree in flm production. A total of up to $17,000 of Grillo funds is distributed each year to four tiers of production students. Final recipients and individual award amounts will be determined each semester by in-class student votes and a panel of judges made up of CU Film Studies faculty and outside professionals. A selection of award-winning flms will be shown one night only. The Grillo Awards are drawn from a University of Colorado Foundation fund set up in the early 1990s by the founder and former Director of the CU Film Studies Program, Virgil Grillo (1938-1994), whose dedication and vision helped shepherd Film Studies from its modest beginnings in the 1970s to an undergraduate program with some 600 students. 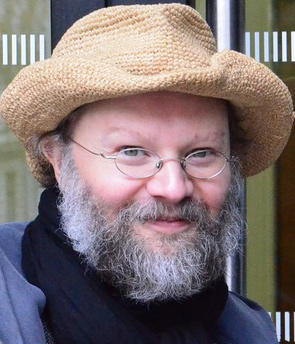 "The films of David Gatten brand the brain and the retina with equal force. They consist partly of cerebral puzzles and partly of lyrical reveries, and their central drama lies in the space between, where facts transform into poetry and transient experiences are assimilated into systems of knowledge." ­– Tom McCormack, Moving Image Source

8 of Gatten's 28 movies are currently being preserved by The Academy of Motion Picture Arts & Sciences. (The other 20 are pretty much just as good, but in color). (Well, at least 16 of them.) He recently read The History of The Thirteen by Balzac and loved it. Many people believe 23 is the most frequently appearing number in the universe. But Gatten knows it is 27.

There is always a mistake; a sin of omission - if you're lucky. Name it and I'll buy you a drink.

He likes the numbers 0-28, as you might already have deduced. If you are counting and keeping track, that is. 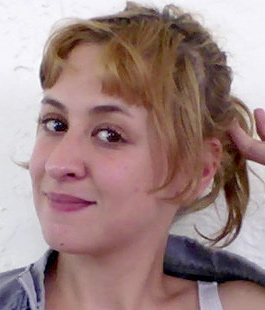 Basma ALSHARIF is an Artist/Filmmaker born in Kuwait to Palestinian parents, raised between France and the US. Since receiving a Master of Fine Arts in 2007 from the University of Illinois at Chicago, she developed her practice nomadically between Chicago, Cairo, Beirut, Sharjah, Amman, the Gaza Strip and Paris. Basma's work centers on the human condition in relation to shifting geopolitical landscapes and natural environments. Interested in what cannot ever be proven or explained, she uses photography, film, video, sound, language and performance to reveal the fallibility of our perception and of history. Engaging with politics on a visceral level through pieces characterized by their immersive, lyrical qualities, Alsharif creates familiar environments that lure us into unsettling experiences of being comfortable and foreign simultaneously.

Major exhibitions include: Le Prix Découverte des Rencontres d'Arles, les Module at the Palais de Tokyo, Here and Elsewhere at the New Museum, the Jerusalem Show, Yamagata Documentary Film Festival, the Berlinale, the Sharjah Biennial, Videobrasil, and Manifesta 8. She received a jury prize at the Sharjah Biennial 9, the Marion MacMahon award at Images, and was awarded the Marcelino Botin Visual Arts grant. Basma is represented by Galerie Imane Farés in Paris, distributed by Video Data Bank and Arsenal, and is now based in Los Angeles. 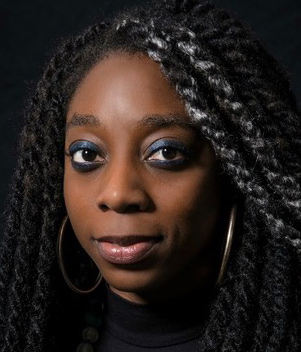 Akosua Adoma Owusu (born January 1, 1984) is a Ghanaian-American avant-garde filmmaker and producer whose films have screened worldwide in prestigious film festivals, museums, galleries, universities and microcinemas since 2005. Her work addresses the collision of identities, where the African immigrant located in the United States has a “triple consciousness.” Owusu interprets Du Bois’ notion of double consciousness and creates a third identity or consciousness, representing the diverse consciousness of women and African immigrants interacting in African, white American, and black American culture.

Named by Indiewire as one of the 6 Avant-Garde Female Filmmakers Who Redefined Cinema, and one of The Huffington Post‘s Black Artists: 30 Contemporary Art Makers Under 40 You Should Know, Akosua Adoma Owusu is a MacDowell Colony Fellow and a Guggenheim Fellow. Founded in 2007, her company, Obibini Pictures, LLC has produced award-winning films including Reluctantly Queer and Kwaku Ananse, which received the 2013 African Movie Academy Award for Best Short Film. Reluctantly Queer was nominated for the Golden Bear and Teddy Award at the Berlinale, Berlin International Film Festival in 2016.

In 2010, Owusu was a featured artist at the 56th Robert Flaherty Film Seminar. Artforum listed Me Broni Ba as one of 2010’s top ten films. Her work is included in the permanent collections of the Whitney Museum of American Art, the Fowler Museum, Yale University Film Study Center, and Indiana University Bloomington, home of the Black Film Center/Archive. She’s received support from Creative Capital, Tribeca All Access, IFP, Focus Features Africa First, the Art Matters Foundation, the Camargo Foundation and the Berlinale World Cinema Fund.

Owusu holds MFA degrees in Film & Video and Fine Art from California Institute of the Arts and received her BA in Media Studies and Studio Art with distinction from the University of Virginia, where she studied under the mentorship of prolific avant-garde filmmaker, Kevin Jerome Everson. 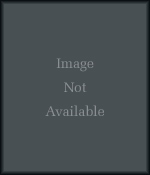 The 13th annual Brakhage Center symposium will focus on the ethnographic cinema of the 1990s with a specialtribute to its most renowned practitioner- -Mark LaPore. LaPore, who died in 2005, lef t behind a complex body of work which combines experimental film, ethnographic documentar y, diarist travel film, and lyrical autobiography. His films include Kolkata, A Depression in the Bay of Bengal, The Five Bad Elements, The Glass System and The Sleepers. According to Mark McElhatten, LaPore’s films are “unique, a form of visual anthropology but equally about the myster y of being and film as consciousness.” The symposium will feature presentations by Phil Solomon, Peggy Ahwesh and Jonathan Schwar tz who will show their films along with those by LaPore. And, in conjunction with LaPore’s involvement with India, the setting of some of his most impor tant films, there will be two sessions devoted to contemporary Indian avant-garde cinema, presented by the celebrated film curator Shia Heredia who will travel from India exclusively for this event. For more information, please go to The Brakhage Center Symposium's web site

Kate Ewald is a time-based media artist and curator from Baltimore, MD. Her curatorial, critical, and academic work is inspired by constant experimentation and a ritualistic study of theoretical philosophies. Her current work is driven by a conceptual framework titled “Internal Cinema.”

Dario Ortega is a filmmaker from Fort Collins, Colorado. Savannah Collage of Art And Design graduate and current graduate student and the University Colorado, Boulder. Grew up watching films every night before bed. Loves beer and long walks on the beach.

Adam Sekuler is a filmmaker and curator based in Boulder, CO. His films strike a delicate balance between stylization and naturalism, anchored within an observational world while creating a poetic and lyrical form of visual storytelling. His work screened at International Film Festival Rotterdam, Locarno Film Festival, Anthology Film Archives, Walker Art Center, Seattle Art Museum, and dozens of other venues across the globe.

Ben Hernstrom is from Pittsburgh, PA. He makes films and is uncomfortable.

Christin Turner is a filmmaker whose work draws upon her background in the visual arts. Her narrative work depicts landscape as both metaphor and means for psychological terrains. Turner's use of color and light has been described as painterly, impressionistic, and psychedelic. Her cinematic visions navigate beyond what is representational to spaces that defy definition.

Dakota Nanton was born at the headwaters of the Arkansas River, in the oxygen deprived air just fourteen miles northeast of the highest point in the Rocky Mountains. A more beautiful setting could not be formulated, if only he was old enough to appreciate it.

Dakota Nanton grew up playing in a hundred-mile geologic basin known as the Waterpocket Fold, for fun he would pretend he was James Bond, using his fingers to track imaginary camera movements across the desert vistas, unfortunately these films today are now lost.

Dakota Nanton had his first kiss on the banks of the Schuylkill River, later that day he experienced his second, third and fourth kiss in a darkened movie theater. The movie played on in the background, not knowing its audience was distracted with other endeavors.

Dakota Nanton now makes films beneath the slanted peaks of the Front Range. He has replaced his imaginary camera for one of more substance, he invites the audiences to enjoy the films as they see fit.