Most screenings are Mondays at 7:00pm in the Visual Arts Complex Auditorium 1B20 / Admission is $5.00, or one punch on the IFS punch card, and free for students. 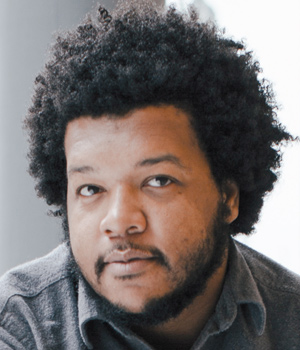 Amir George is a filmmaker and curator who creates spiritual stories, juxtaposing sound and image with a non-linear perception. He creates fragmented vignettes that conjure the secret life of objects both found and collected. The characters that inhabit his stories tend to dwell outside of social norms and exist in the space between and in the process of becoming. Following up from his Better Made Progress collection of work presented in Denver in September 2017, Excess and Excuses is a new collection of short film works completed and in-progress.

An amalgamation of ideas and images generated over time

A second amalgamation of ideas and images generated over time

A music video for musical artist YFee. This sultry visual pays homage to the cinematic works of Marlene Clark, Bill Gunn, and the photography of Nydia Blas.

A conjuring of visions toward a new Awakening

Accounts of a traveling artist in a foreign land

PATTERNS is an on going project about ethereal movement and its relation to the physical world.

THE WARNING is an on-the-fly music video for Glasgow based artist Nova Scotia. 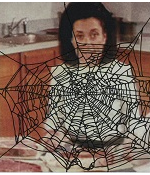 No Ideas But In Things: A Cinema of Objects and Experimental and Documentary Film From Brazil

Throughout his life, Stan Brakhage grappled with William Carlos Williams' dictum, "No ideas but in things," not sure whether it could be applied to the ephemeral nature of moving images. The 14th Brakhage Center Symposium features three filmmakers who offer different approaches to this poetic concept. Karen Yasinsky, Christopher Harris, and Jean-Paul Kelly each take the "stuff" of the world (including objects, images, and movies) as primary material, sometimes examining the thingness of things and at other times mining the ideas and emotions latent within or projected onto these objects. The symposium also features contemporary Brazilian experimental and documentary film practices, a vibrant tradition that remains virtually unknown in North America, curated by Chris Stults of the Wexner Center for the Arts. For more information, please go to The Brakhage Center Symposium's web site 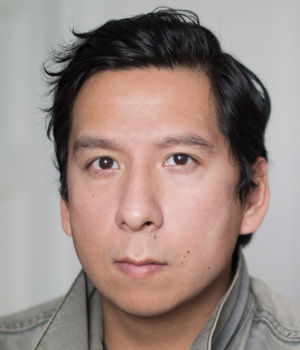 Sky Hopinka is a member of the Ho-Chunk Nation. He was born and raised in Ferndale, Washington and spent several years in Southern California, and Portland, Oregon. In Portland, he studied and taught chinuk wawa, a language indigenous to the Lower Columbia River Basin. His work centers around personal positions of homeland and landscape, designs of language and facets of culture contained within, and the known and the unknowable. His work has played at various festivals and exhibitions including ImagineNATIVE, Images Festival, Wavelengths, Ann Arbor Film Festival, AFI, Sundance, Projections, Out of Sight Seattle, the 2016 Wisconsin Triennial, and the 2017 Whitney Biennial. He was awarded the More with Less Award at the 2016 Images Festival, the Tom Berman Award for Most Promising Filmmaker at the 54th Ann Arbor Film Festival, 3rd Prize at the 2015 Media City Film Festival, and the New Cinema Award at the 2017 Berwick Film and Media Arts Festival. He currently lives in Milwaukee, Wisconsin and is an adjunct lecturer at University of Wisconsin-Milwaukee and University of Illinois-Chicago.

VISIONS OF AN ISLAND

I'LL REMEMBER YOU AS YOU WERE, NOT AS WHAT YOU'LL BECOME

ANTI-OBJECTS, OR SPACE WITHOUT PATH OR BOUNDARY 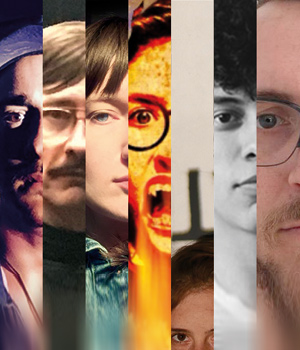 Dakota Nanton is an experimental animator who is interested in (among other things) comic books, folklore, science fiction, art history, and the sublime. Borrowing from the images and iconographies of the past, and mixing old techniques with new, he explores the complexities and contradictions of living in the modern world. His films and prints have been exhibited around the world and are held in permanent collections in the United States, Canada, Italy, Australia, Egypt, and New Zealand.

Ben Hernstrom is from Pittsburgh, Pennsylvania. He makes videos and is uncomfortable.

Christin Turner is a filmmaker and video artist, whose work draws upon her background in the visual arts. Her narrative work depicts landscape as both metaphor and means for psychological terrains. TurnerÕs use of color and light has been described as painterly, impressionistic, and psychedelic.

Laura Conway is a filmmaker and animator from Denver, Colorado. Overwhelmed by the complexity of life in late capitalism, she responds with digitized absurdity. She plays clarinet, sings poorly, and embraces all things amateur. She is the CFO of the global analogue tape corporation BorpCorp©.

Kate E. Hinshaw is a director and cinematographer from Atlanta, Georgia who works both digitally and with film. Taking an experimental approach, she hand-distresses celluloid to create chaotic dreamscapes.

Dario Ortega is a filmmaker from Fort Collins, Colorado. He is a Savannah College of Art and Design graduate, and a current graduate student at the University of Colorado, Boulder. He grew up watching films every night before bed. He loves beer and long walks on the beach.

Jona Gerlach is a filmmaker from Utah.