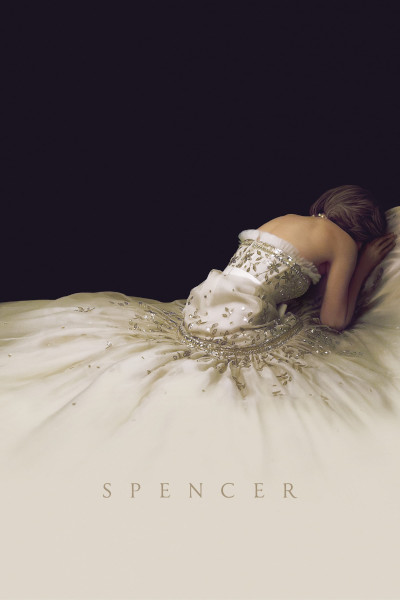 Pablo Larraín’s Spencer is, per the opening text, “a fable from a true tragedy.” This is an ornate (perhaps overly so) way of saying that it is a fictionalized imagining of real events, which feels important to stress these days, lest viewers assume that director Larraín and screenwriter Stephen Knight are crafting something akin to docudrama. It is true that their film is based on real people – namely, Great Britain’s royal family – and that it is set during a real event, the 1991 Christmas weekend, when they gathered at the Queen’s Sandringham Estate and attempted to ignore the obvious splintering of the marriage between Prince Charles and Princess Diana. Spencer, according to the press notes, is “an imagining of what might have happened during those few fateful days.” This distinction between fact and fantasy is worth underlining not as a mark against the project; quite the contrary, in fact. We are mired in an age of painfully dull and tritely formulaic biopics, filmed Wikipedia pages like Respect and Bohemian Rhapsody and the like, and Larraín is one of the few filmmakers who seems patently disinterested in such rote affairs. Back in 2016, he directed Jackie, which similarly dramatized and fantasized the life of Jacqueline Kennedy Onassis in the days immediately following her husband’s assassination – but nothing before, and nothing after. Snapshot biopics like these (Selma and Lincoln also leap to mind) succeed over their cradle-to-grave counterparts because it’s simply impossible to pack an entire, eventful life into a single film’s running time; it’s better to telescope into a tightly constrained period of particular stress, and extrapolate our impressions of them, as people, from how they conduct themselves at those most dramatic moments. - Jason Bailey — https://crookedmarquee.com/review-spencer/