The Seduction of Mimi 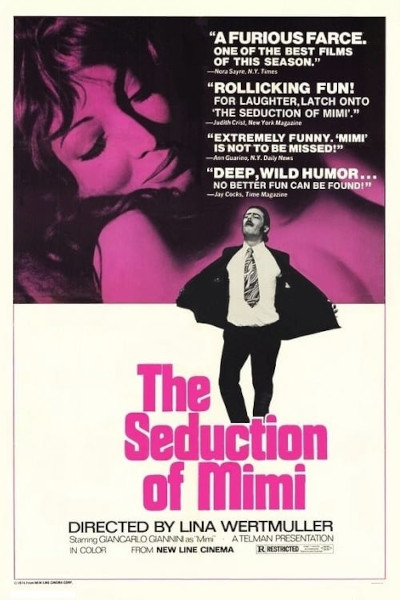 Voting against the Mafia in what he thinks is a secret ballot costs Sicilian laborer Mimi his livelihood. He leaves his wife, flees to Turin and romances a Communist organizer - but he just can’t shake the Mafia. When they lure Mimi back to Sicily with a better job, he must keep his lover – and love child – under wraps. That’s when his wife announces she’s pregnant.

The Seduction of Mimi