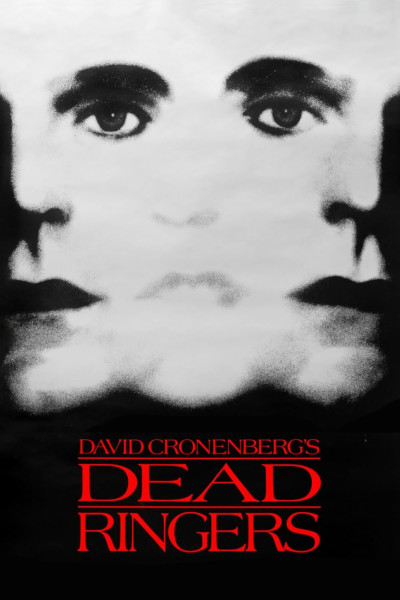 Check out our podcast episode from March 30, 2022 about this movie

David Cronenberg’s 1988 psychological thriller “Dead Ringers,” tells the story of Elliot (Jeremy Irons), a successful gynecologist, works at the same practice as his identical twin, Beverly (also Irons). Elliot is attracted to many of his patients and has affairs with them. When he inevitably loses interest, he will give the woman over to Beverly, the meeker of the two, without the woman knowing the difference. Beverly falls hard for one of the patients, Claire (Geneviève Bujold), but when she inadvertently deceives him, he slips into a state of madness.

"Who, then, will be drawn to this spectacle? Anyone with a taste for the macabre wit, the weird poignancy, and the shifting notions of identity that lend ”Dead Ringers” such fascination. And anyone who cares to see Jeremy Irons’s seamless performance, a schizophrenic marvel, in the two title roles. Mr. Cronenberg has shaped a startling tale of physical and psychic disintegration, pivoting on the twins’ hopeless interdependence and playing havoc with the viewer’s grip on reality. It’s a mesmerizing achievement, as well as a terrifically unnerving one."