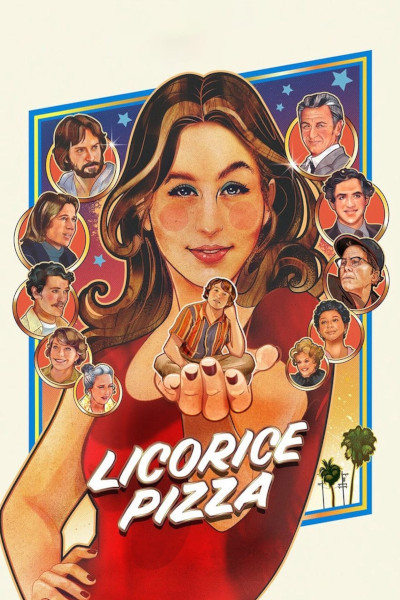 The story of Alana Kane and Gary Valentine growing up, running around and going through the treacherous navigation of first love in the San Fernando Valley, 1973.

“Paul Thomas Anderson’s golden, shimmering vision of the 1970s San Fernando Valley in “Licorice Pizza” is so dreamy, so full of possibility, it’s as if it couldn’t actually have existed. With its lengthy, magic-hour walk-and-talks and its sense of adventure around every corner and down every block, it’s a place where anything could happen as day turns to night. It’s also wildly unexpected from one moment to the next as Anderson masterfully navigates tonal shifts from absurd humor to tender romance with a couple of legitimate action sequences thrown in between. “Licorice Pizza” meanders in the best possible way: You never know where it’s going but you can’t wait to find out where it’ll end up, and when it’s over, you won’t want it to end. Once the credits finished rolling, I had no desire to get up from my seat and leave the theater, I was so wrapped up in the film’s cozy, wistful spell.”