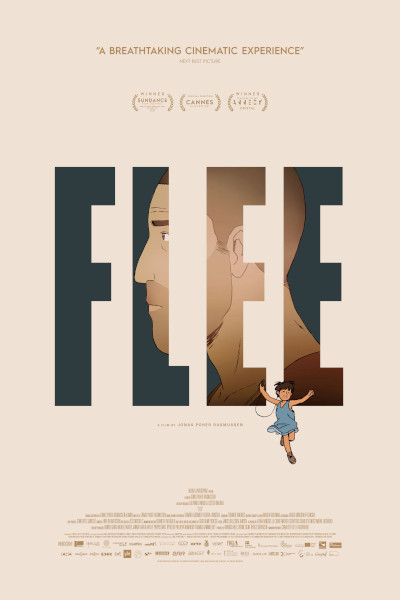 Flee tells the story of Amin Nawabi as he grapples with a painful secret he has kept hidden for 20 years, one that threatens to derail the life he has built for himself and his soon to be husband. Recounted mostly through animation to director Jonas Poher Rasmussen, he tells for the first time the story of his extraordinary journey as a child refugee from Afghanistan.

“Flee represents a coming out on various levels, and also a homecoming, as Rasmussen follows Amin long enough to observe the house hunt that may finally offer him the domestic stability his life has always lacked. (This last beat feels a bit too pat for the portrait that has preceded it, but it’s the bow the director wants to put on his package.) In the end, however we take Amin’s story, the film is an incredibly intimate act of sharing. The question shouldn’t be whether we can trust Amin, but whether he can trust us enough to reveal himself fully. Truth be told, we don’t need to see or know everything to respect the gift of hearing all that he’s been through.”