The U.S. Vs. John Lennon

Rare footage of the beloved Beatle 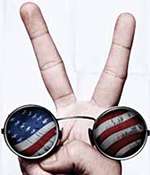 From the moment he rashly remarked that the Beatles had become more popular than Jesus to the instant of his murder in 1980 in New York City, John Lennon divided the public, sometimes violently. People who love Lennon will almost certainly like the film. (M. Wilmington, Chicago Tribune)

The U.S. Vs. John Lennon