See them before the Feb. 25 awards 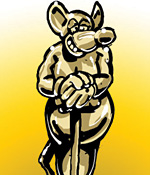 The 79th Annual Academy Awards will be held on Sunday, February 25. As they look back on the best of 2006, audiences sometimes overlook the shorts category because they have not had a chance to see them. Magnolia Pictures and Shorts International now give you that chance. The program will include: