From the Director of Donnie Darko; Boulder Premiere! 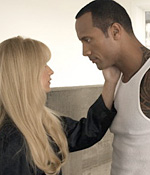 Richard Kelly's Donnie Darko was said, at first, to be an acquired taste. Later it turned into a cult film sensation that still resonates even today with repeat screenings. Now comes his latest film and, again, it's being labeled as a messy and confrontational black comedy – but this time the political and dystopian tropes have really hit a nerve. Alternately described as "brilliant" or "flailing," it still made it onto some "top ten films of the year" lists and, we suspect, will ultimately become another cult gem. Special thanks to producer Judd Payne for bringing us this print personally!