"When the Last Angel Falls" 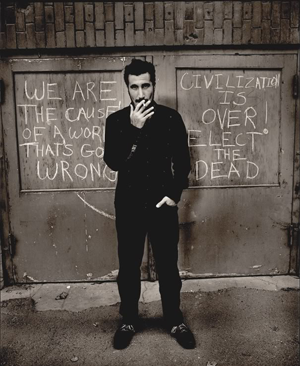 THIS FILM SCREENS IN ATLAS 102
NOT MUENZINGER


On March 16th, 2009, Serj Tankian, a Grammy Award winner and one of rock’s most unconventional frontmen, took the stage at the majestic Auckland Town Hall in New Zealand with the Auckland Philharmonia Orchestra to perform a very special orchestral interpretation of his critically acclaimed debut solo album Elect the Dead. The dynamic one-off performance was recorded and filmed in HD by six cameras, and the dramatic result has been captured in Elect the Dead Symphony.

With the Auckland Philharmonia Orchestra at his side, Tankian’s epic songs and operatic vocals take on a whole new sense of grandeur when performed by a full 70-piece orchestra, while the movie’s sweeping edits showcase the drama of the concert. This unique meshing of two very different musical worlds was a vision Tankian has long wanted to make a reality. What sets Elect The Dead Symphony apart from other successful pairings between rock artists and orchestras is that Tankian specifically rearranged his songs to be performed with only orchestral instruments.