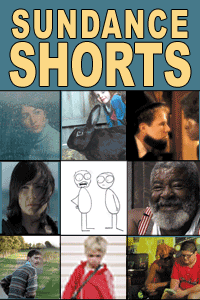 ROB AND VALENTYNA IN SCOTLAND

A lost American travels with his long-lost Ukrainian cousin to the Highlands of Scotland.(Eric Lynne, USA, 23min)

Sara loves her wife, Katarina. For her fortieth birthday, Sara wants to surprise her wife, unaware that Katarina also has a surprise for this memorable day. (Jenifer Malmqvist, Poland/Sweden, 18min)

An intimate look at one of New Orleans's most colorful characters: the charismatic vegetable salesman Mr. Okra, who provides a glimpse into the soul of an American city. (T.G. Herrington, USA, 12min)

With the arrival of Andy-his invisible friend-an extremely shy Tomas starts to realize how much better his life would be if he were able to communicate with the people around him. (Pablo Larcuen, Spain, 14min)