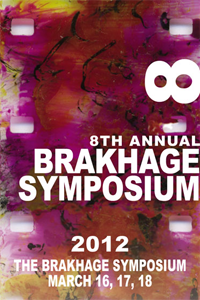 Among the invited guests is Apichatpong Weerasethakul, whose imaginatively structured films, embrace a magic neorealism and include UNCLE BOONMEE WHO CAN RECALL HIS PAST LIVES and SYNDROMES AND A CENTURY.

Other guests participating in the 8th Annual Stan Brakhage Center Symposium include, Amie Siegel remakes historical films, with all women casts and raises questions regarding history and individual stories, through a lens of feminism; Chris Sullivan populates tall tales with animated characters and puppets, with green screen sometimes performing live music and narration; and filmmaker writer J.J. Murphy who was has written on independent film screenwriting the work of Andy Warhol.

Sponsored by: The College of Arts and Sciences The William H. Donner Foundation The CU Film Studies Program Center for Media Arts & Performance in ATLAS