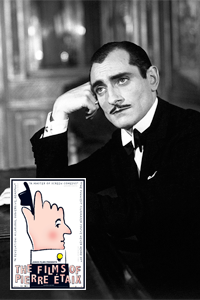 (1965) In a humungous, luxurious chateau, an elephant reaches in a window to carry out a little boy in clown make-up. “Mon fils?” asks bored lord of the manor Etaix in a title card — for this brilliant opening is done silent, with only eccentric sound effects and bits of music — and with the Crash and the coming of sound, he goes off with the boy and his circus equestrienne lost love on their half-ring circus. Years later, as the grownup son Yoyo (also Etaix), now a star himself, even on TV, reopens the mansion for a jam-packed party, he realizes what he’s been missing. Approx. 96 min. 35mm.