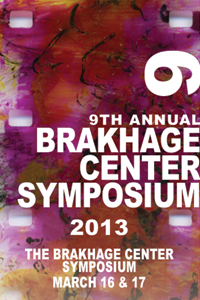 Through screenings and discussions the 9th Brakhage symposium will explore art practices, and assumptions about cinema art, the historical avant-garde and the media arts. We have seen, for many decades, the parallel development of experimental filmmaking art alongside electronic moving image making. This year’s symposium will play host to perspectives on the relation and poetics of these practices.

(Jennifer Reeder will be a visiting artist with the Department of Art and Art History.)

Special guests Steina and Woody Vasulka will be attendance.