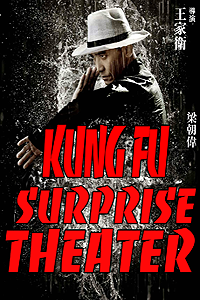 We don't want to say too much about tonight's feature, as it's meant to be a nice surprise for all the folks who came out to watch the KUNG FU THEATER prints that we screened in the VAC basement auditorium through the month of February. What we will say about tonight's film is this: what better way to top off a month of vintage Kung Fu prints than with a modern Kung Fu film? It was made by a director whose name should be very recognizable to any IFS customer, and even if you happened to have already seen it, you're sure to want to see it again - especially on the big screen.