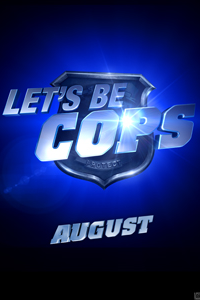 We will be showing a SUPER advance screening of the comedy LET’S BE COPS on Wednesday, 4/23 at 8pm in Muenzinger Auditorium. In addition, the stars Jake Johnson and Damon Wayans, Jr will also be in attendance! Click the link http://l.gofobo.us/h4GpO8VN for your chance to download printable passes for you and a guest. Also, text the keyword COPS to 43549 to win a private meet and greet with Jake and Damon before the screening. (Example text: COPS 80021) LET’S BE COPS opens in theaters August 13! #LetsBeCops

It's the ultimate buddy cop movie except for one thing: they're not cops. When two struggling pals dress as police officers for a costume party, they become neighborhood sensations. But when these newly-minted “heroes” get tangled in a real life web of mobsters and dirty detectives, they must put their fake badges on the line.