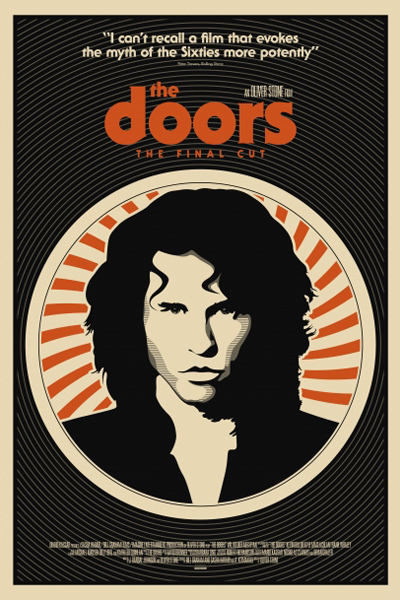 Capturing the hedonistic chaos of the late '60s, The Doors: The Final Cut follows the life and times of the band's enigmatic and magnetic front man Jim Morrison (Val Kilmer) from cradle to grave. Stone's powerful musical portrait, featuring an amazing soundtrack including over twenty-five songs from The Doors' catalogue, charts Morrison's turbulent relationship with his muse Pamela Courson (Meg Ryan), the formation of the band in Southern California, his experimentation with hallucinogens and the occult, and his tragic death at the age of 27 in Paris.

The 4K restoration was initiated and supervised by Oliver Stone himself, with the support of Studiocanal, Paramount, Lionsgate, and Immagine Ritrovata. The original negative was scanned in 4K 16-bit on Arriscan at Fotokem US. The restoration was managed by Immagine Ritrovata in Italy. The color grading was closely overseen by Stone. The new Dolby Atmos® mix was created at Formosa Group (Hollywood) under the supervision of Dolby, Wylie Stateman, and Lon Bender, the original sound editors of the film.