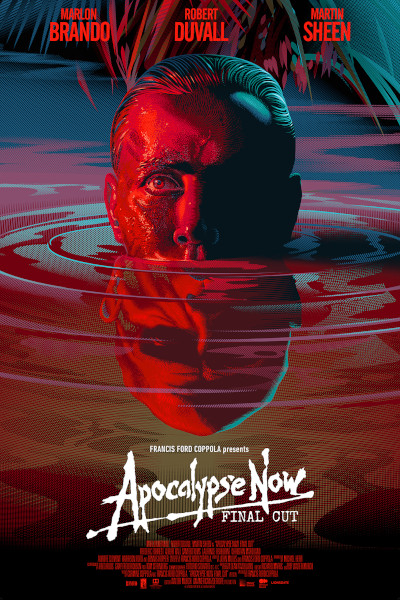 More than ever it is clear that Francis Ford Coppola's "Apocalypse Now" is one of the great films of all time. It shames modern Hollywood's timidity. To watch it is to feel yourself lifted up to the heights where the cinema can take you, but so rarely does. The film is a mirror reflecting our feelings about the war in Vietnam, in all their complexity and sadness. To those who wrote me defending the banality of "Pearl Harbor," I wrote back: "See 'Apocalypse Now' and reflect on the difference."

The story concerns a journey upriver by Capt. Willard (Martin Sheen), who commands a patrol boat to penetrate behind enemy lines and discover the secret redoubt of the almost mythical Col. Kurtz (Marlon Brando) -- one of the Army's most decorated soldiers, now leading his own band of tribesmen. The story is based on Conrad's Heart of Darkness, but replaces the implacable mystery of the upper reaches of the Congo with the equally unfathomable mystery of the American venture in Vietnam. When you get to the bottom of who Kurtz has become and what he is thinking, you can see how the war transformed the original American idealism.

The movie consists of a series of set pieces. The most famous is the assault on the village, opening with the helicopter loudspeakers blasting Wagner at the terrified students and teachers, and continuing with Lt. Kilgore (Robert Duvall) and his swashbuckling bravado on the beach ("I love the smell of napalm in the morning"). Other sequences are also in the permanent memory of moviegoers: The drugged monotony of the river journey, the sudden gunfire that kills everyone on the sampan, the Playboy Playmates entertaining the troops, the dreamlike final approach to Kurtz's compound, the shadowed Kurtz and his bleak aphorisms, and the giggling assent of the stoned photographer (Dennis Hopper), who is the Fool to his Lear.

My own feeling is that the original cut was neither mainstream nor tame, but epic filmmaking on a scale within the reach of only a few directors -- Tarkovsky, Lean, Eisenstein, Kurosawa.

Longer or shorter, redux or not, "Apocalypse Now" is one of the central events of my life as a filmgoer. The place to see it is in a movie theater, sitting not too far back, your eyes and ears filled with its haunting vision. Now this is a movie.