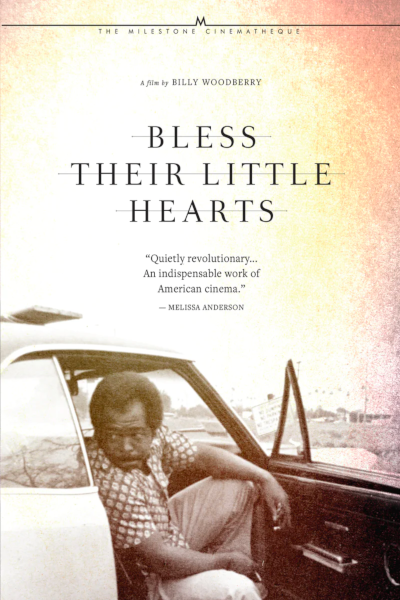 Scripted and shot by Charles Burnett, Billy Woodberry's slice-of-life revelation is a key masterpiece of the LA Rebellion, the black independent-cinema renaissance that emerged from UCLA's film school in the 1970s and '80s. BLESS THEIR LITTLE HEARTS distills the social concerns and neorealist aesthetics of the movement into a sensitive exploration of the inner workings of community and family that pays homage to the power of the blues. Searching for steady work, Charlie Banks (Nate Hardman) views his chronic unemployment as a kind of spiritual trial. But day work and selling a few catfish can't sustain a family of five. While his wife Andais (a remarkable Kaycee Moore) works to support them with dignity, Charlie finds comfort for his wounded sense of manhood in an affair that threatens his marriage and family.