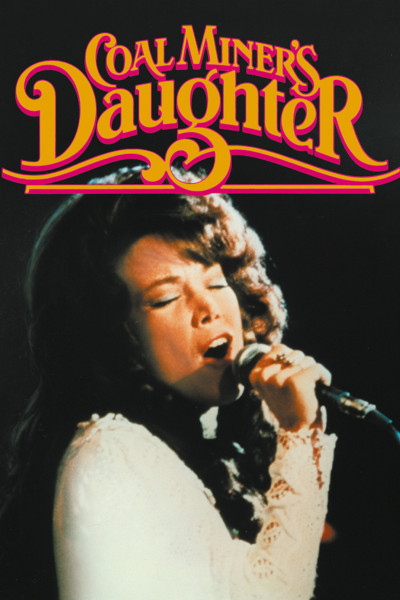 The rare expert film bio. COAL MINER'S DAUGHTER features an Oscar-winning performance by Sissy Spacek as country music queen Loretta Lynn. Masterfully directed by Michael Apted, the film traces the famed country singer's life from her beginnings in a tumbledown shack in Butcher Hollow, Kentucky, through her huge success, marital discord, and battle with prescription drugs. The film's early sequences are lyrical, melancholy accounts of mountain life and comprise the film's most poignant, memorable moments. There are outstanding acting jobs by Levon Helm and Phyllis Boyens as Lynn's parents, Tommy Lee Jones as her well-meaning, ne'er-do-well husband, and Beverly D'Angelo in a dazzling turn as the magnificent Patsy Cline. Spacek and D'Angelo do their own warbling quite expertly; after this, it's hard to get worked up over Jessica Lange's lukewarm, lipsynched take on Cline in SWEET DREAMS.