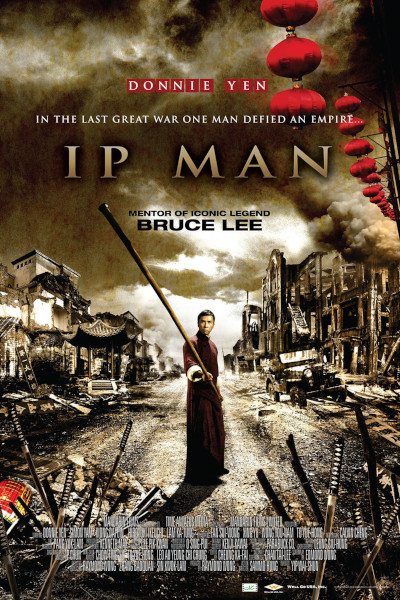 This film deserves a place among the very best of not only contemporary martial arts movies, but martial arts movies of all time. The story, action, characters, time, and setting all work together to create an unforgettable epic. While the styles and conventions of martial arts movies are on full display, what emerges is an absolutely riveting story, and not just because of the action. Furthermore, there's something full circle about the reveal that Ip Man was Bruce Lee's instructor. Not only did Ip Man fight fascists, he was also seminal in the development of the icon who made martial arts movies such an international phenomenon.

As the film's title character, Donnie Yen deftly balances the intense and expected martial arts sequences with the humility and modesty that also seemed to define the man. There's a subtlety and nuance in what he's doing as an actor that's easily overlooked amid all the kicking, punching, and fighting with swords, axes, and sticks. It's a movie that seems to reward repeated viewings, and it's little wonder how Ip Man launched a franchise of sequels. Exciting and engaging from beginning to end.