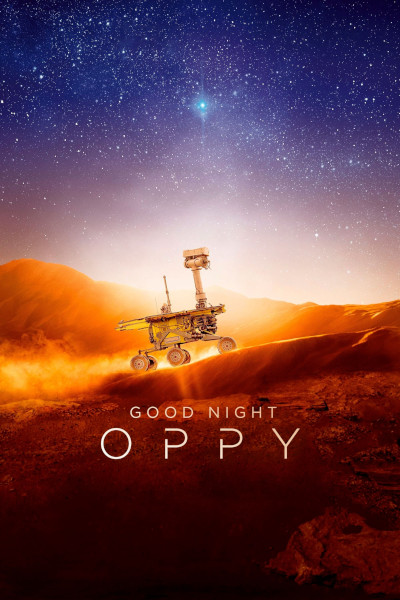 The warm and engaging "Good Night Oppy" isn't a Disney or Pixar movie, but a lot of times it feels like one. Directed by Ryan White ("The Keepers," "The Case Against 8"), it's a documentary about the mission to explore the surface of Mars with remote-controlled, unmanned robots, named Spirit and Opportunity. The mission began with preplanning in 2003 and continued all the way through 2018. This was a surprise to the NASA scientists and engineers in charge, who had gone into it assuming the robots might last a few months at best.

Another surprise was how much emotion the humans invested in them. Anthropomorphizing—the process of investing non-human things with human traits—is the real subject of this movie, and the focus of most of its drama. Spirit and Opportunity are treated like people by the NASA team (and the filmmakers), in the manner of lovable cartoon characters or "Star Wars" androids. The routines and rituals associated with Spirit and Opportunity (Oppy for short) contribute to the sense that these long-necked metal things roving the ochre surface of Mars have personalities and feelings.

"Good Night Oppy" is light on scientific details about the machines and their purpose, but it does a fine job of showing how the act of investing oneself in mission-specific machines can lead people to think of them as friends, and become upset when challenges or misfortunes befall them. It's inevitable that this story would eventually end with Spirit and Oppy succumbing to old age and interplanetary wear-and-tear (nothing lasts forever), but when it happens, twice, we grieve for them, just as their handlers did.

"Good Night Oppy" may be especially resonant for younger viewers who are interested in science but may not yet realize that there's more to it than crunching numbers and drawing charts. The Mars team all have the zeal of true believers. As the story unfolds, we see the immense focus and resilience that it takes to plan, execute, and prolong a large-scale project, as well as the ultimately positive feelings that everyone involved carried with them after it was done.