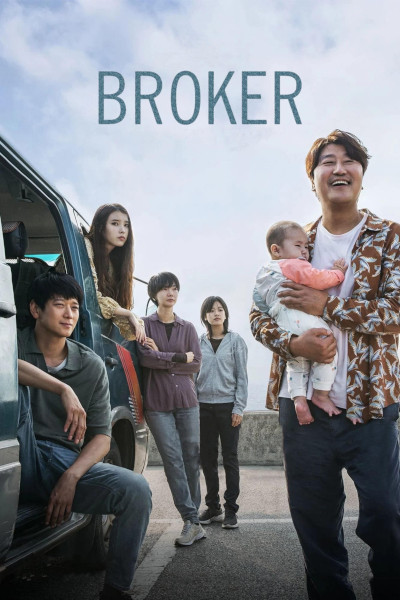 Five years after winning the Palme d'Or for Shoplifters, Academy award nominated filmmaker Hirokazu Kore-eda returns with Broker, starring Cannes Best actor winner Song Kang Ho (Parasite). The film follows two brokers who sell orphaned infants, circumventing the bureaucracy of legal adoption, to affluent couples who can't have children of their own. After an infant's mother surprises the duo by returning to ensure her child finds a good home, the three embark on a journey to find the right couple, building an unlikely family of their own.

It's not particularly uncharted waters for Kore-eda, who returns to Cannes after winning the 2018 Palme d'Or for the wondrous "Shoplifters" with a story that grapples with pretty similar existential and emotional reckonings. The nuclear family is over, long live the new clan. Where Kore-eda's previous film found tenderness in a rag-tag gang of thieves learning how to take care of each other as they rob everyone else, "Broker" follows a couple of child traffickers who take a runaway young mother under their wing, and set out on the road to sell her baby for the best price while learning how to forgive their parents and learn from our children as they deconstruct and lovingly redefine the meaning of family once more.

The execution of this premise is, somehow, miraculous in its sensitivity, asking questions about issues of ethics, of choice, of money, and murder, and family, and how to find love in all this sorry mess. No answers are given — Kore-eda is an empath but has never been a utopian, rarely one for an incredible happy ending. There's an astonishing sympathy for the unforgivable decisions we make, a patience for all the strange journeys you have to take in order to shake off the resentment passed down by generations. And, somehow, the filmmaker always finds a way to see light in it all. It's "Little Miss Sunshine" by way of "Juno" narratively, but then there's so much more that escapes comparison, as no other filmmaker could balance the sticky moral questions that color the film quite like Hirokazu Kore-eda.