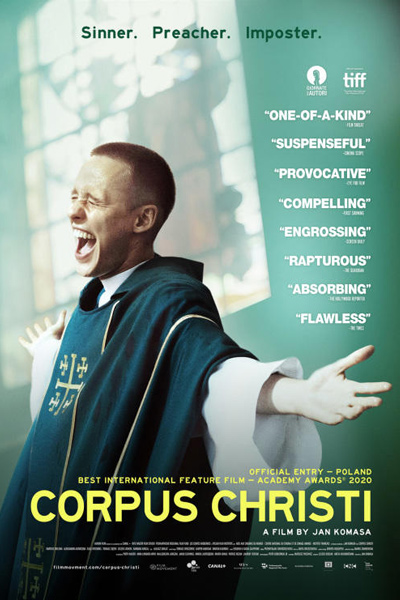 Support the IFS by screening titles straight from independent distributors who routinely provide us with interesting movies. By clicking "watch now" below you'll be able to watch a theatrical release and the distributor will then split the proceeds 50/50 with the IFS, which in turn helps buy us time while we wait for the green light to return to Muenzinger Auditorium.
"Corpus Christi" is the story of a 20-year-old Daniel who experiences a spiritual transformation in a Youth Detention Center. The crime he commits prevents him from applying to the seminary and after his release on parole he is sent to work at a carpenter's workshop. However Daniel has no intention of giving up his dream and dressed as a priest he decides to minister a small-town parish.